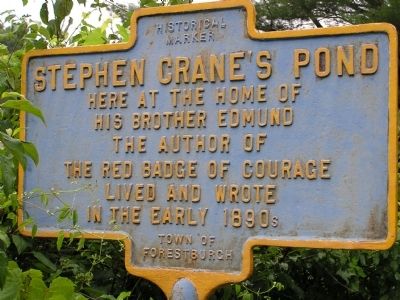 Photographed By Tara Buckstad-Russo, July 20, 2012
1. Stephen Crane's Pond Marker
Inscription.
Stephen Crane’s Pond. . Here at the home of his brother Edmund, the author of The Red Badge of Courage lived and wrote in the early 1890s. . This historical marker was erected by Town of Forestburgh. It is in Forestburgh in Sullivan County New York

Here at the home of his brother Edmund, the author of The Red Badge of Courage lived and wrote in the early 1890s.

Topics. This historical marker is listed in these topic lists: Education • Entertainment • War, US Civil. 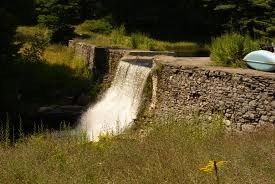 Also see . . .
1. The Red Badge of Courage. Book and Audiobook available on Amazon.com. This page has the “look inside” feature as well as a Listen button to hear an excerpt. (Submitted on September 30, 2017.)

2. Wikipedia Entry for Stephen Foster. “Stephen Crane was an American poet, novelist, and short story writer. Prolific throughout his short life, he wrote notable works in the Realist tradition as well as early examples of American Naturalism and Impressionism. He is recognized by modern critics as one of the most innovative writers of his generation. ... He won international acclaim in 1895 for his Civil War novel The Red Badge of Courage, which he wrote without having any battle experience.”

“Frustrated with the dryly written stories [of the Civil War], Crane stated, ‘I wonder that some of those fellows don't tell how they felt in those scraps. They spout enough of what they did, but they’re as emotionless as rocks.’ ... Eventually the idea of writing a war novel overtook him. He would later state that he ‘had been unconsciously working the detail of the story out through most of his boyhood’ and had imagined ‘war stories ever since he was out of knickerbockers.’ This novel would ultimately become The Red Badge of Courage.” (Submitted on September 30, 2017.) 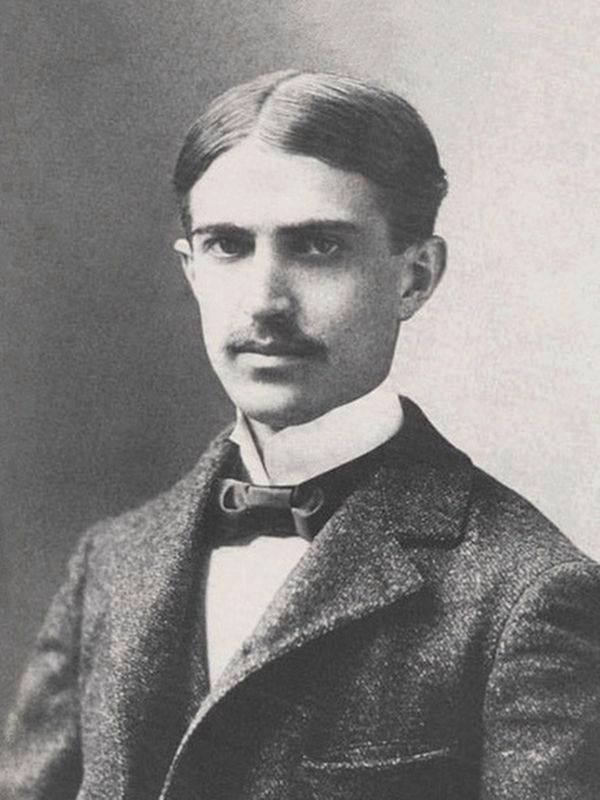 Unknown photographer, via Wikipedia Commons, 1896
3. Stephen Crane (1871–1900)
3. Wikipedia Entry for Red Badge of Courage. “The Red Badge of Courage is a war novel by American author Stephen Crane. Taking place during the American Civil War, the story is about a young private of the Union Army, Henry Fleming, who flees from the field of battle. Overcome with shame, he longs for a wound, a ‘red badge of courage,’ to counteract his cowardice. When his regiment once again faces the enemy, Henry acts as standard-bearer, who carries a flag.” (Submitted on September 30, 2017.)
Credits. This page was last revised on October 1, 2017. It was originally submitted on July 24, 2012, by Tara Buckstad-Russo of Forestburgh, New York. This page has been viewed 899 times since then and 103 times this year. It was the Marker of the Week October 1, 2017. Photos:   1, 2. submitted on July 24, 2012, by Tara Buckstad-Russo of Forestburgh, New York.   3. submitted on September 30, 2017. • Bill Pfingsten was the editor who published this page.
Share this page.