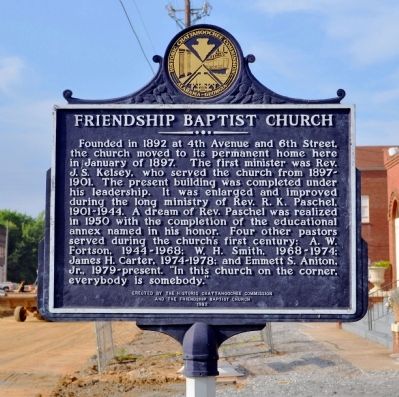 Photographed By David Seibert, June 20, 2012
1. Friendship Baptist Church Marker
Inscription.
Friendship Baptist Church. . , Founded in 1892 at 4th Avenue and 6th Street, the church moved to its permanent home here in January of 1897. The first minister was Rev. J. S. Kelsey, who served the church from 1897-1901. The present building was completed under his leadership. It was enlarged and improved during the long ministry of Rev. R. K. Paschel, 1901-1944. A dream of Rev. Paschel was realized in 1950 with the completion of the educational annex named in his honor. Four other pastors served during the church’s first century: A. W. Fortson, 1944-1968; W. H. Smith, 1968-1974; James H. Carter, 1974-1978; and Emmett S. Aniton, Jr., 1979-present. “In this church on the corner, everybody is somebody.” . This historical marker was erected in 1992 by Historic Chattahoochee Commission and the Friendship Baptist Church. It is in Columbus in Muscogee County Georgia

Erected 1992 by Historic Chattahoochee Commission and the Friendship Baptist Church.

Topics. This historical marker is listed in these topic lists: African Americans • Churches & Religion. A significant historical month for this entry is January 1897. 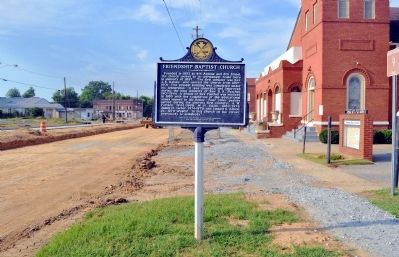 Click or scan to see
this page online
, on the right when traveling south. Touch for map. Marker is at or near this postal address: 831 6th Avenue, Columbus GA 31901, United States of America. Touch for directions. 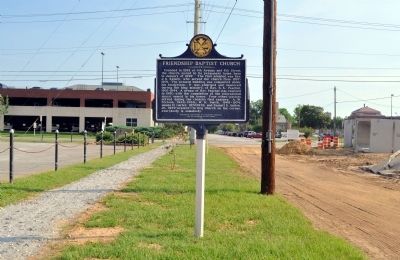 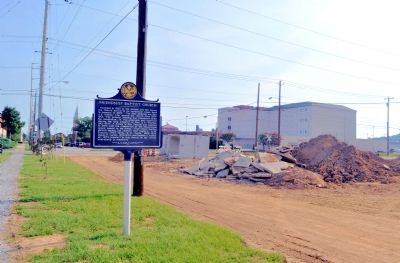 Photographed By David Seibert, June 20, 2012
4. Friendship Baptist Church Marker
Looking northeast across 6th Avenue, under reconstruction. The new Columbus jail is the tall building on the right; just to its left is the old Columbus Stockade, subject of the song "Columbus Stockade Blues." 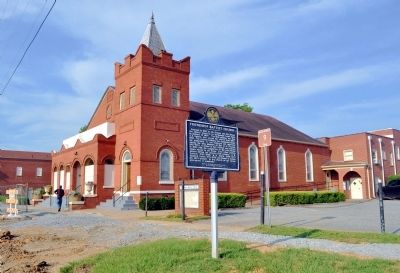 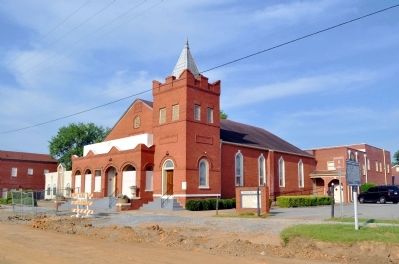