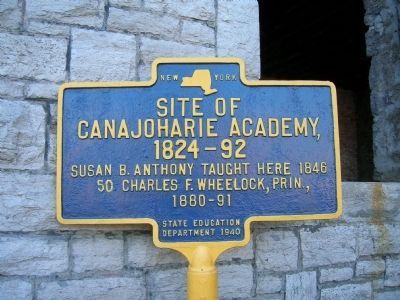 Topics and series. This historical marker is listed in these topic lists: Education • Women. In addition, it is included in the Susan B. Anthony, and the Women's Suffrage series lists. A significant historical year for this entry is 1846. 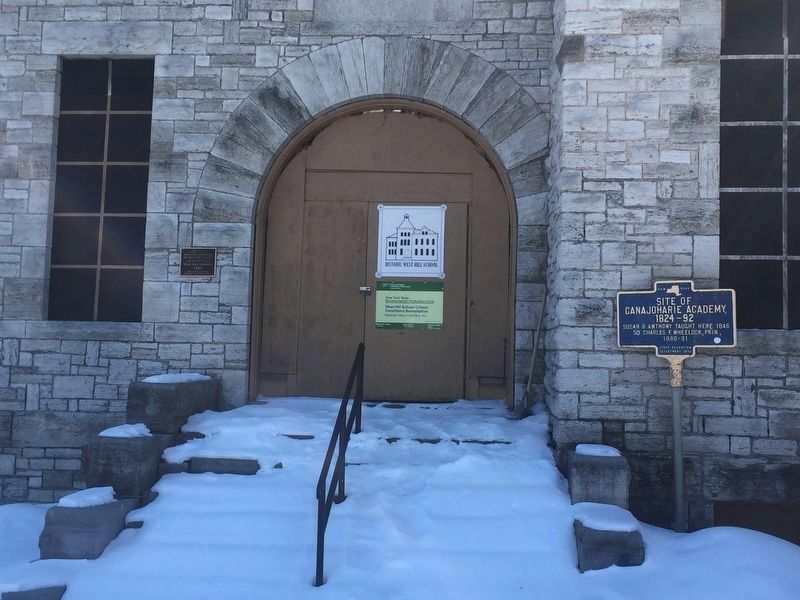 Regarding Canajoharie Academy. In 1846, at age 26, Susan B. Anthony accepted the position of head of the girls' department at Canajoharie Academy, her first paid position, in order to assist her family then suffering from financial setbacks. She was offered a position as superintendent of the Female Department by the local school board, of which her uncle, Joshua Reed was one of three members. Anthony continued to teach in Canajoharie until the Summer of 1847, earning $110 a year. Other accounts state that Anthony was director of the women's department from April 1848 until 1850, when she left teaching to join Elizabeth Cady Stanton in the national movement for women's suffrage.

The Canajoharie Academy building, better known as the West Hill School, is a historic school building located at Canajoharie, Montgomery County, New York. It was designed in the Romanesque Revival style by prominent local architect 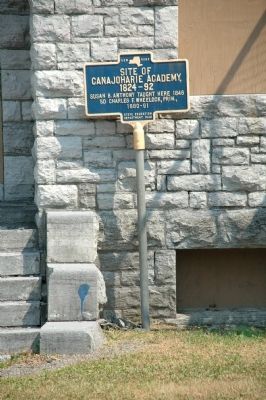 Photographed By Howard C. Ohlhous, July 14, 2012
3. Canajoharie Academy Marker
Archimedes Russell (1890-1915) and built 1891-1893. It is a 3 1/2-story, stone masonry institutional building. It features a stone tower with open belfry containing the original school bell. It continued in educational use for over 100 years. It was listed on the National Register of Historic Places on April 11, 2002. 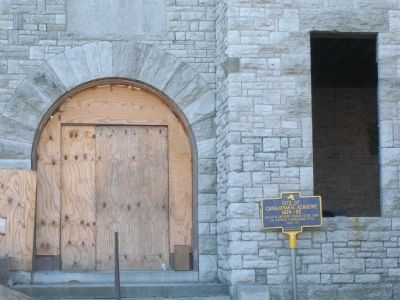 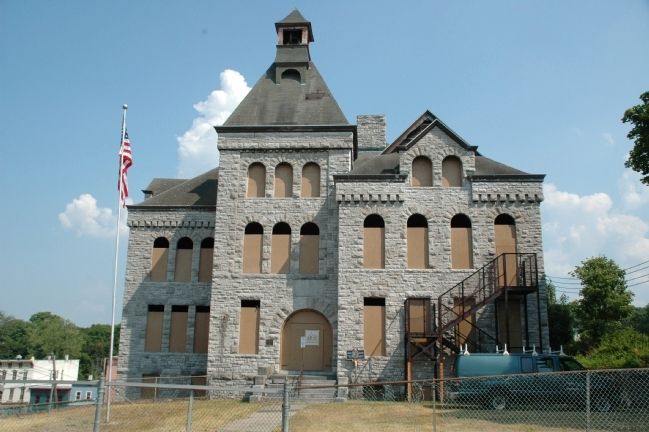 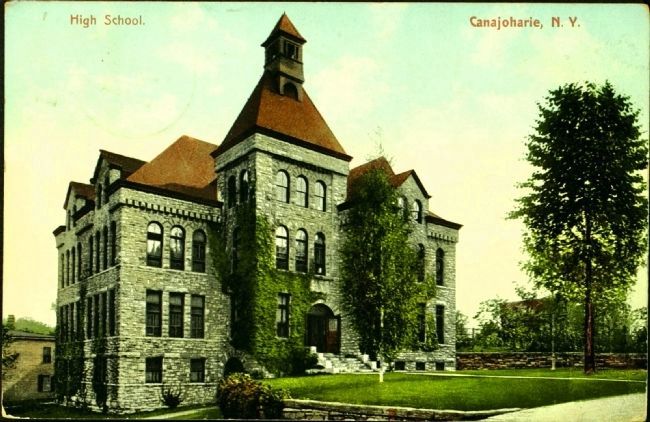