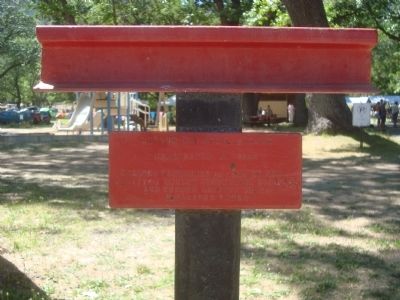 Topics and series. This historical marker is listed in this topic list: Roads & Vehicles. In addition, it is included in the E Clampus Vitus series list.

Location. 41° 27.532′ N, 122° 53.952′ W. Marker is in Etna, California, in Siskiyou County. Marker can be reached from the intersection of Howell Road and Center Street and Diggles Road. The marker is located near the parking area at the entrance to Johnson-Joss City Park. Touch for map. Marker is at or near this postal address: 500 Howell Road, Etna CA 96027, United States of America. Touch for directions. 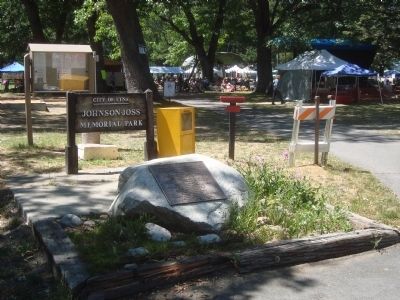 More about this marker. The Hudson Bay Trail is more correctly called the Siskiyou Trail.