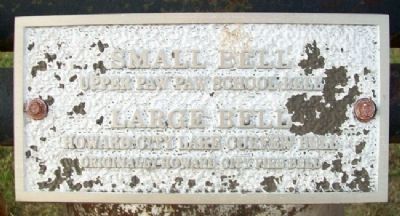 Topics and series. This historical marker is listed in these topic lists: Charity & Public Work • Communications • Education. In addition, it is included in the Historic Bells series list.

Location. 37° 28.212′ N, 96° 15.794′ W. Marker is in Howard, Kansas, in Elk County. Marker is at the intersection of Washington Street and Wabash Avenue, on the left when traveling east on Washington Street. Bells are part of the Benson Museum Complex, immediately east of the restored 1920s K. T. Oil gas station. Touch for map. Marker is in this post office area: Howard KS 67349, United States of America. Touch for directions. 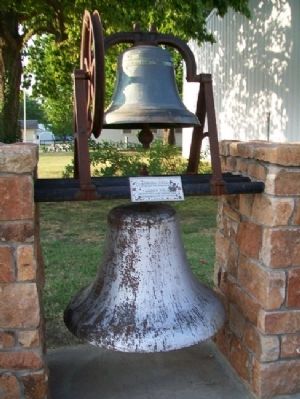