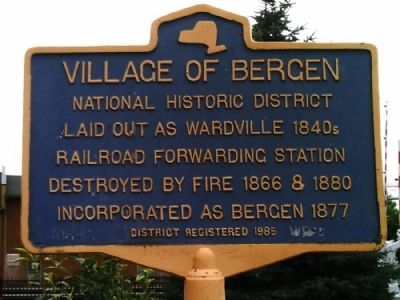 Topics. This historical marker is listed in this topic list: Settlements & Settlers. A significant historical year for this entry is 1866. 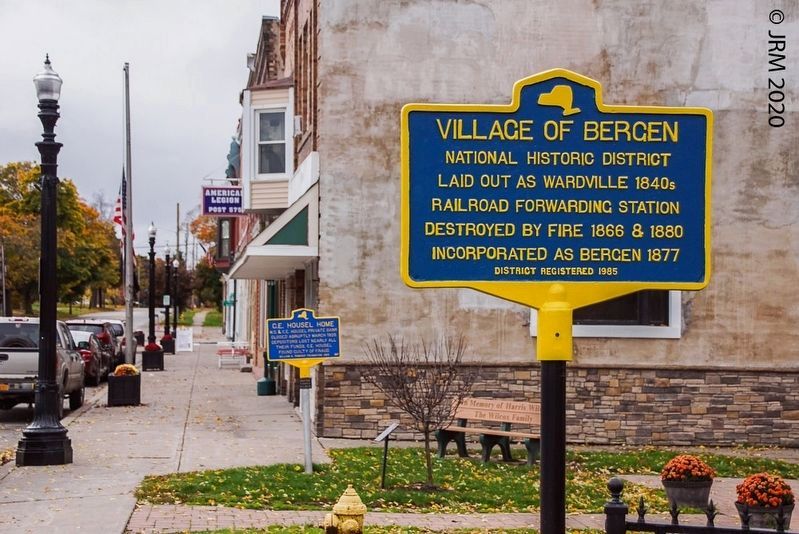 Photographed By Lugnuts, October 24, 2020
2. Village of Bergen Marker
With the addition of the small park area to the right of the marker, this marker was relocated a bit north of its original position. The C.E. Housel Home Marker now resides where this marker used to be. The two markers act as bookends for the small park. 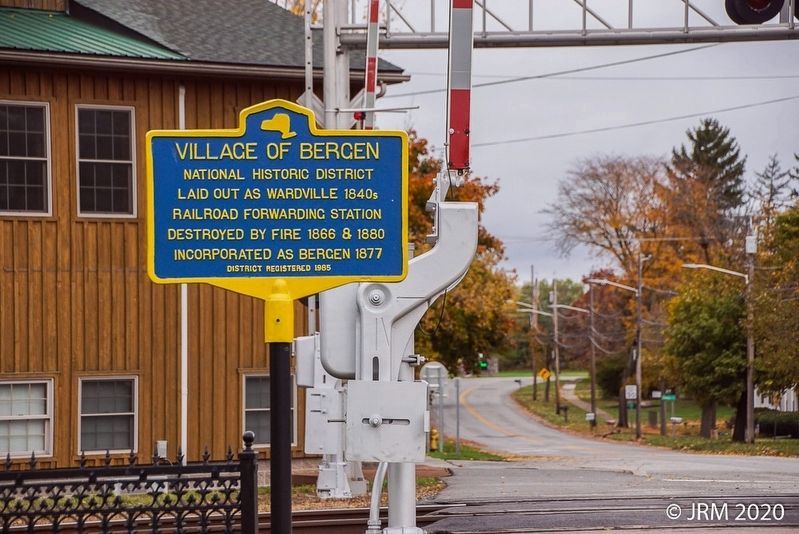 Photographed By Lugnuts, October 24, 2020
3. Village of Bergen Marker
The marker was relocated to the north, next to the railroad crossing. 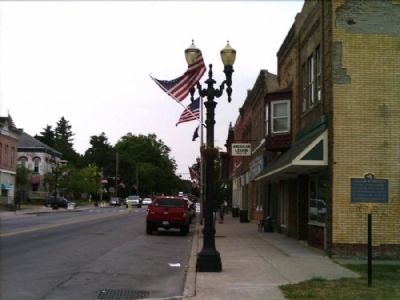