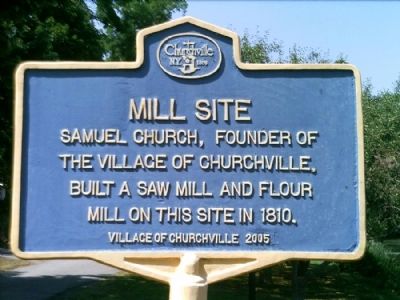 Samuel Church, founder of the Village of Churchville, built a saw mill and flour mill on this site in 1810.

Erected 2005 by Village of Churchville.

Topics. This historical marker is listed in these topic lists: Industry & Commerce • Settlements & Settlers. A significant historical year for this entry is 1810.

Location. 43° 6.286′ N, 77° 52.994′ W. Marker is in Churchville, New York, in Monroe County. Marker is on East Buffalo Street (New York State Route 33 & 36) ¼ mile east of North Main Street, on the right when traveling west. This marker is set back a bit from the road, at the back of a parking area for the mill dam and pond that still exist, although the mill no longer does. Touch for map. Marker is in this post office area: Churchville NY 14428, United States of America. Touch for directions. 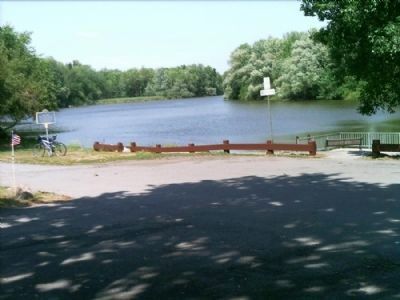 Photographed By Yugoboy, July 23, 2012
2. Mill Site Marker Setting
Mill pond can be seen in the background, parking area is in the foreground. 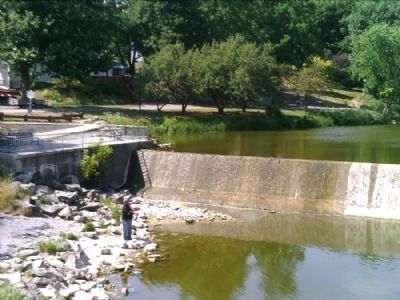 Photographed By Yugoboy, July 23, 2012
3. Mill Site Dam
As can be seen, this is a popular spot for fishing. 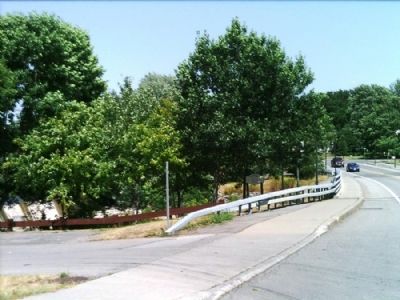 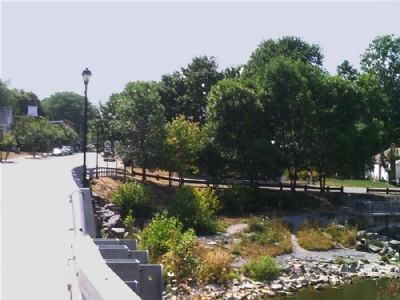