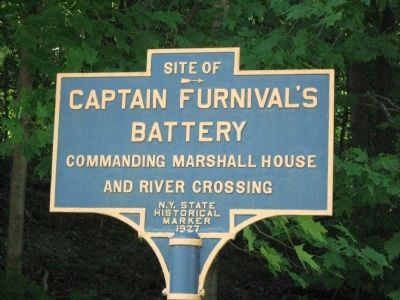 Topics. This historical marker is listed in these topic lists: Patriots & Patriotism • War, US Revolutionary. A significant historical year for this entry is 1927.

Click or scan to see
this page online
Furnival fought in the battle of Saratoga and then crossed to the east side of the river to block Burgoyne's army from retreating to Fort Edward.