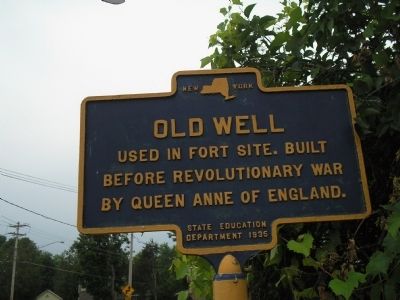 By Bill Coughlin, July 13, 2008
1. Old Well Marker
Inscription.
Old Well. .
Used in Fort site. Built before the Revolutionary War by Queen Anne of England.. . This historical marker was erected in 1935 by New York State Education Department. It is in Fort Anne in Washington County New York

Used in Fort site. Built
before the Revolutionary War
by Queen Anne of England.

Topics. This historical marker is listed in these topic lists: Colonial Era • Forts and Castles • Notable Places • War, US Revolutionary. 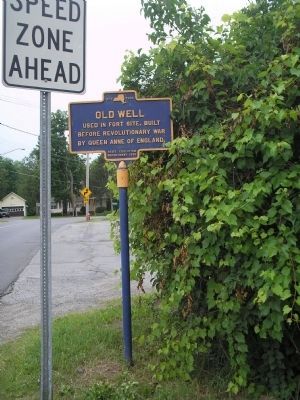 By Bill Coughlin, July 13, 2008
2. Marker in Fort Anne
Fort Anne was a fortification built in the wilderness in 1757, at the junction of Halfway Creek and Wood Creek. A battle was fought here on July 8, 1777 between Americans and a group of British under Gen. John Burgoyne.