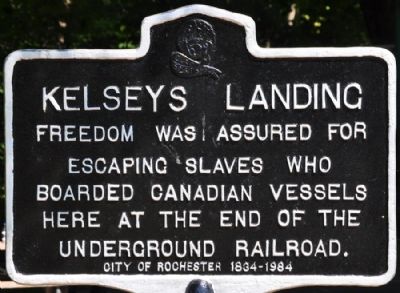 By Yugoboy, July 30, 2012
1. Kelsey's Landing Marker
Inscription.
Kelsey's Landing. . Freedom was assured for escaping slaves who boarded Canadian vessels here at the end of the Underground Railroad. . This historical marker was erected in 1984 by City of Rochester. It is in Rochester in Monroe County New York

Freedom was assured for escaping slaves who boarded Canadian vessels here at the end of the Underground Railroad.

Erected 1984 by City of Rochester.

Location. 43° 10.94′ N, 77° 37.79′ W. Marker is in Rochester, New York, in Monroe County. Marker can be reached from Maplewood Park near Driving Park Avenue. This marker is just east of the parking lot in Maplewood Park. It is located about 20 feet from the Casconchiagon marker (see photos). Touch for map. Marker is in this post office area: Rochester NY 14613, United States of America. Touch for directions. 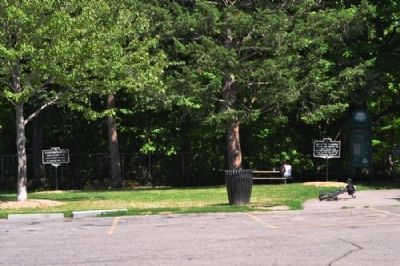 More about this marker. Given the topography of the area, the landing was located many many feet down in the gorge. Fortunately, viewing the marker does not require going down into the Genesee River gorge.

Regarding Kelsey's Landing. Kelsey's Landing has an important place in Underground Railroad history. While there is no way to know how many slaves gained their freedom via this route, three specific slaves did. The men who escaped in the chaos of the Christiana "Riot" reached Rochester and the home of Frederick Douglass. He led them to the Landing where one of the men gave him a gun used in the Riot in gratitude. Unfortunately, the gun was likely lost in the 1872 fire that destroyed Douglass' home, precipitating his move to Baltimore.

Related markers. Click here for a list of markers that are related to this marker. Christiana Riot Markers 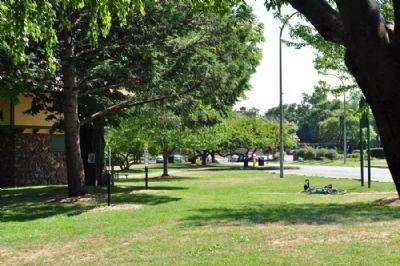 By Yugoboy, July 30, 2012
3. Entrance to Maplewood Park as seen from Kelsey's Landing Marker 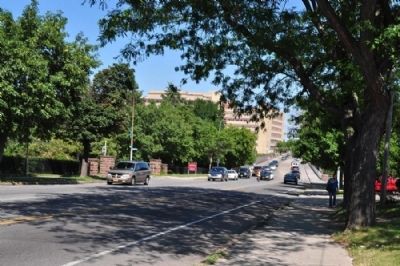 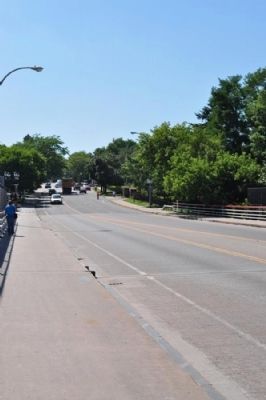 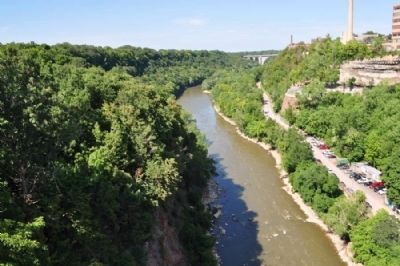