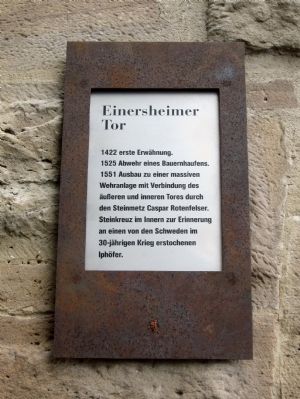 [Marker text translated into English, more or less:]
1422 First mention
1525 Defense during the peasant uprising
1551 Expanded to a massive fortification connecting the outer and inner door by the master mason Caspar Rotenfelser. The stone cross in the interior commemorates the death of an Iphofen citizen stabbed by one of the Swedes during the 30-Years War.

Topics. This historical marker is listed in this topic list: Forts and Castles. A significant historical year for this entry is 1422.

Other nearby markers. At least 8 other markers are within 10 kilometers 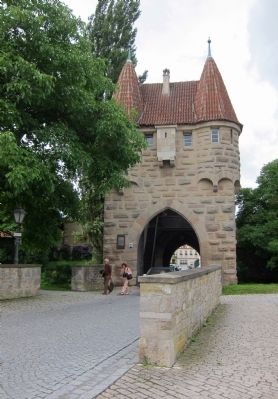 By Andrew Ruppenstein, July 14, 2012
2. Einersheimer Gate and Marker - eastern side

Also see . . .  Atonement Crosses - Iphofen (in German). Suehnekreuz.de's page on the "atonement crosses" in Iphofen. On the stone cross (mentioned on the marker) in the gatehouse (translated): In 1632, during the Thirty Years' War, Swedish troops surged through the gate into the city. A city councilor asked for mercy on behalf of the city residents, but was stabbed by a mercenary. At the spot where he died, the cross was erected. The cross in the gatehouse is the second down on the page, "Iphofen (II)", with picture. (Submitted on August 9, 2012.) 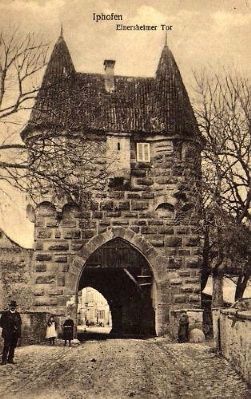 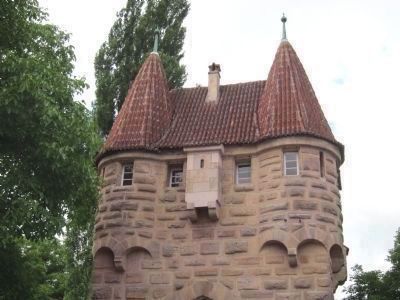 By Andrew Ruppenstein, July 14, 2012
4. Einersheimer Gate - eastern side, upper portion of gatehouse
Perched above the entryway between the two windows sits the Pechnase ("machiolation"). Literally the "bad-luck nose" from which a defender could pour boiling pitch or hot water upon the attacking enemy. Bad luck, indeed. 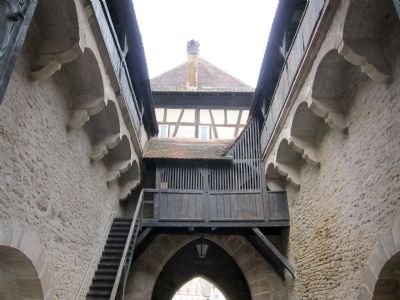 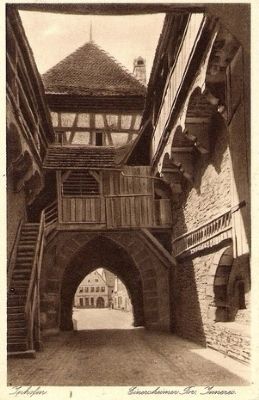 By Unknown, circa 1930
6. Einersheimer Gate - interior of gatehouse, 1930 postcard view 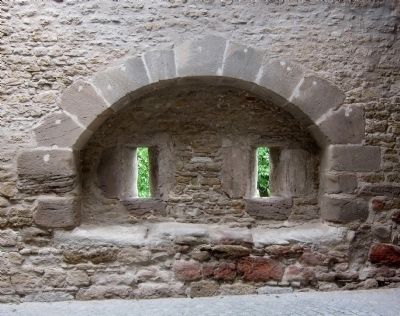 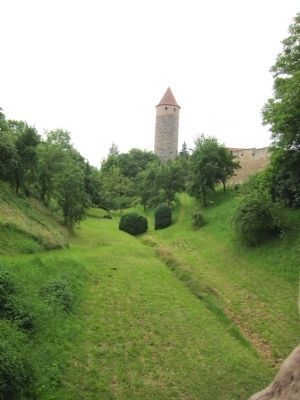 By Andrew Ruppenstein, July 14, 2012
8. Einersheimer Gate - view looking south from gatehouse
This is the view a bowman would have seen looking south out of one of the arrowloops in the gatehouse - a clear shot along the moat, with the Eulenturm ("Owl Tower") further back. 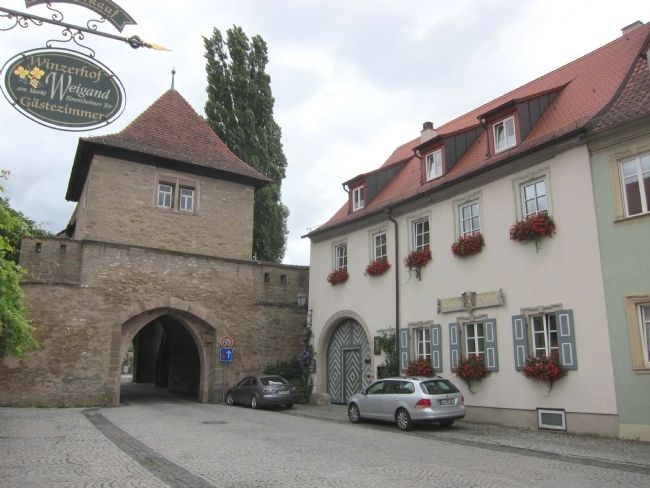