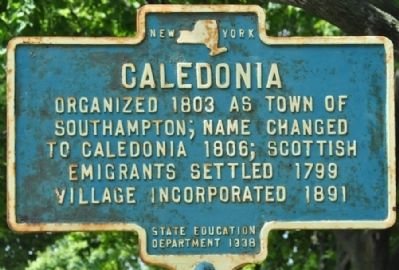 By Yugoboy, July 31, 2012
1. Caledonia Marker
Inscription.
Caledonia. . Organized 1803 as town of Southampton; name changed to Caledonia 1806; Scottish emigrants settled 1799 Village incorporated 1891 . This historical marker was erected in 1938 by State Education Department. It is in Caledonia in Livingston County New York

More about this marker. This marker is the exact same wording as the marker when entering town from the north (this is the eastern main thoroughfare). There are no markers on the southern or western ends of town, for whatever reason. 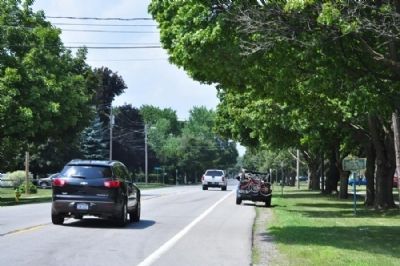 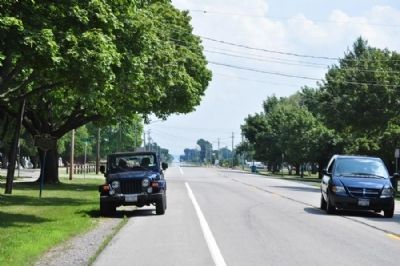