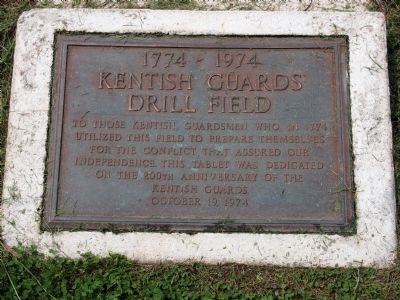 1774-1974
Kentish Guards Drill Field
To those Kentish Guardsmen who in 1774 utilized this field to prepare themselves for the conflict that assured our independence. This tablet was dedicated on the 200th Anniversary of the Kentish Guards
October 19, 1974

Topics. This historical marker is listed in these topic lists: Colonial Era • Fraternal or Sororal Organizations • Patriots & Patriotism • War, US Revolutionary. A significant historical date for this entry is October 19, 1805.

Other nearby markers. At least 8 other markers are within 6 miles of this marker, measured as the crow flies. General James Mitchell Varnum Home (about 500 feet away, measured in a direct line); June 12, 1775 (about 700 feet away); The Marlborough Street Chapel (approx. 0.2 miles away); The Peter Freeman Lot (approx. 3.4 miles away); The Fighting Bee 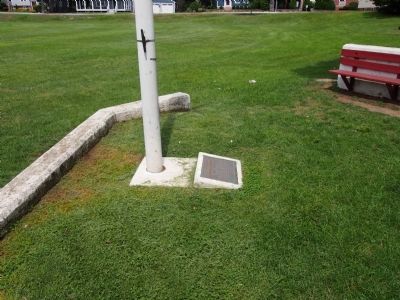 Also see . . .
1. Few People Know Rhode Island Has Its Own Militia That Dates Back To The Revolutionary War. Only in Your State entry (Submitted on February 23, 2021, by Larry Gertner of New York, New York.)