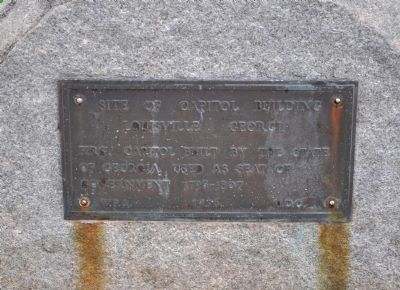 Photographed By David Seibert, August 2, 2012
1. Site of Capitol Building Marker
Inscription.
Site of Capitol Building. Louisville Georgia. First Capitol built by the State of Georgia. Used as seat of government 1796 - 1807 . This historical marker was erected in 1936 by Works Progress Administration (W.P.A.) and the United Daughters of the Confederacy (U.D.C.). It is in Louisville in Jefferson County Georgia

Erected 1936 by Works Progress Administration (W.P.A.) and the United Daughters of the Confederacy (U.D.C.).

Topics and series. This historical marker is listed in this topic list: Government & Politics. In addition, it is included in the United Daughters of the Confederacy series list. A significant historical year for this entry is 1796.

Location. 32° 59.9′ N, 82° 24.483′ W. Marker is in Louisville, Georgia, in Jefferson County. Marker is on Broad Street (Business U.S. 1) 0 miles east of Green Street, on the right when traveling east. The marker stands in front of the Jefferson County Courthouse, built in 1904 on the foundations of the 1848 courthouse which had been built from materials of the original state capitol. Touch for map. Marker is in this post office area: Louisville GA 30434, United States of America. Touch for directions.

Other nearby markers. At least 8 other markers are within walking distance of this marker. To Commemorate the Site of the First Permanent Capitol of Georgia (here, next to this marker); Old State Capitol (a few steps from this marker); "Yazoo Fraud" (within shouting 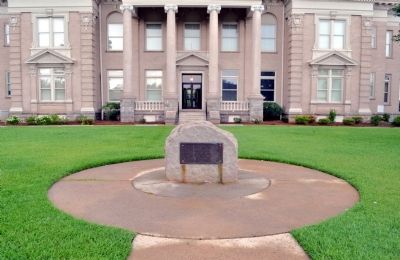 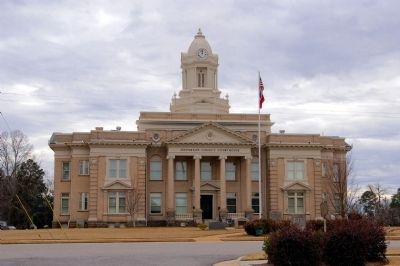