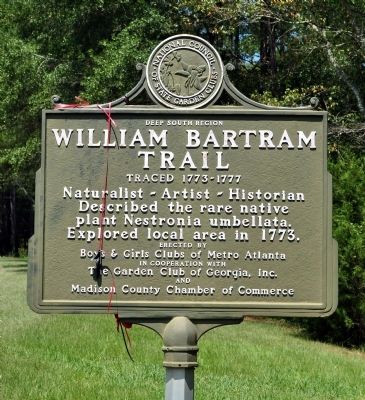 Erected by Boys and Girls Clubs of Metro Atlanta in cooperation with The Garden Club of Georgia, Inc., and Madison County Chamber of Commerce.

Topics and series. This historical marker is listed in these topic lists: Arts, Letters, Music • Colonial Era • Horticulture & Forestry. In addition, it is included in the William Bartram Trails series list. A significant historical year for this entry is 1773.

Other nearby markers. At least 8 other markers are within 7 miles of this marker, measured as the crow flies. Lt. Col. Lemuel Penn and the Civil Rights Act (approx. 4.7 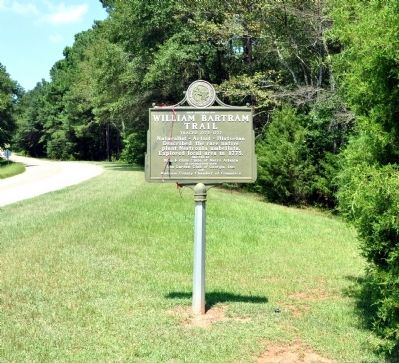 Regarding William Bartram Trail. Camp Kiwanis is a year-round residence camp that provides a positive, challenging outdoor experience to the youth served by Boys & Girls Clubs of Metro Atlanta. It is located on 160 acres in Madison County, Georgia.

Camp Kiwanis serves as the Environmental Education Center for over 17,000 members of the 24 Boys and Girls Clubs of Metro Atlanta. The site, a gift from Georgia Pacific, is located on the scenic and historic Broad River and Bartram Trail.

The Camp’s Program and Facility theme is centered on William Bartram’s travels along the Broad River in 1773 just after the Cherokee Nation sold the property to the British Government. 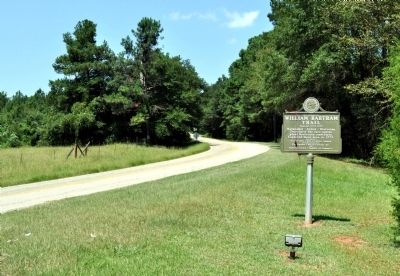 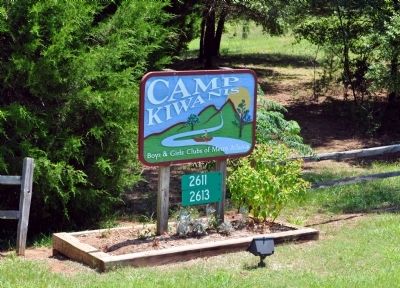