In Memory of the Confederate Heroes 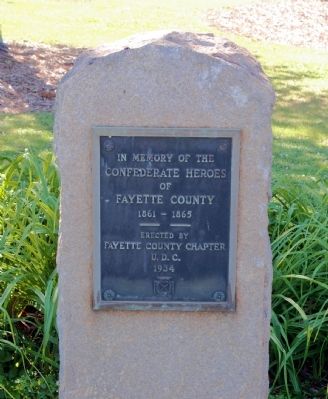 In Memory of the Confederate Heroes of Fayette County 1861-1865

Location. 33° 26.9′ N, 84° 27.283′ W. Marker is in Fayettevillle, Georgia, in Fayette County. Marker is at the intersection of Glynn Street South (Georgia Route 85) and East Lanier Avenue (Georgia Route 54), on the right when traveling north on Glynn Street South. The marker stands at the northwest corner of the Fayette County Old Courthouse Square. Touch for map. Marker is in this post office area: Fayetteville GA 30214, United States of America. Touch for directions. 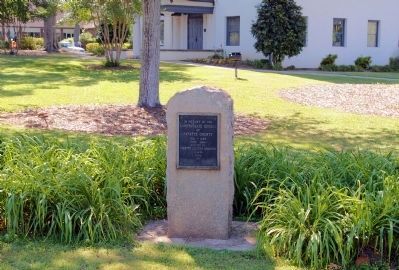 By David Seibert, April 30, 2011
2. In Memory of the Confederate Heroes Marker
The Old Fayette County Courthouse is in the background.
(within shouting distance of this marker); The Holliday-Dorsey-Fife House (about 300 feet away, measured in a direct line); a different marker also named Fayette County Veterans Memorial (about 600 feet away); Governor Hugh M. Dorsey (approx. 0.2 miles away); Grady L. Huddleston (approx. 0.3 miles away); Flat Rock African Methodist Episcopal Church (approx. 3.9 miles away). 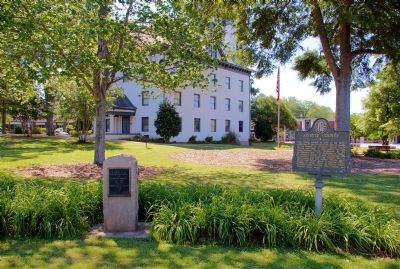