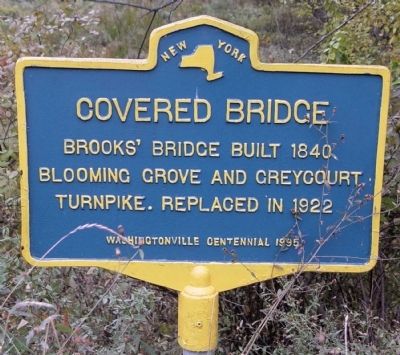 Topics and series. This historical marker is listed in this topic list: Bridges & Viaducts. In addition, it is included in the Covered Bridges series list. 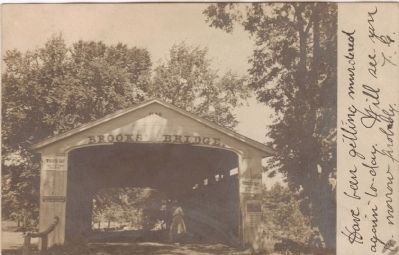 February 1906
2. Brooks' Covered Bridge
Photo Postcard sent from Washingtonville, NY to Burnside, NY on Feb. 7, 1906.
Brewster’s Tavern (approx. 1.2 miles away); Presbyterian Congregation of Blooming Grove (approx. 1.7 miles away). Touch for a list and map of all markers in Washingtonville. 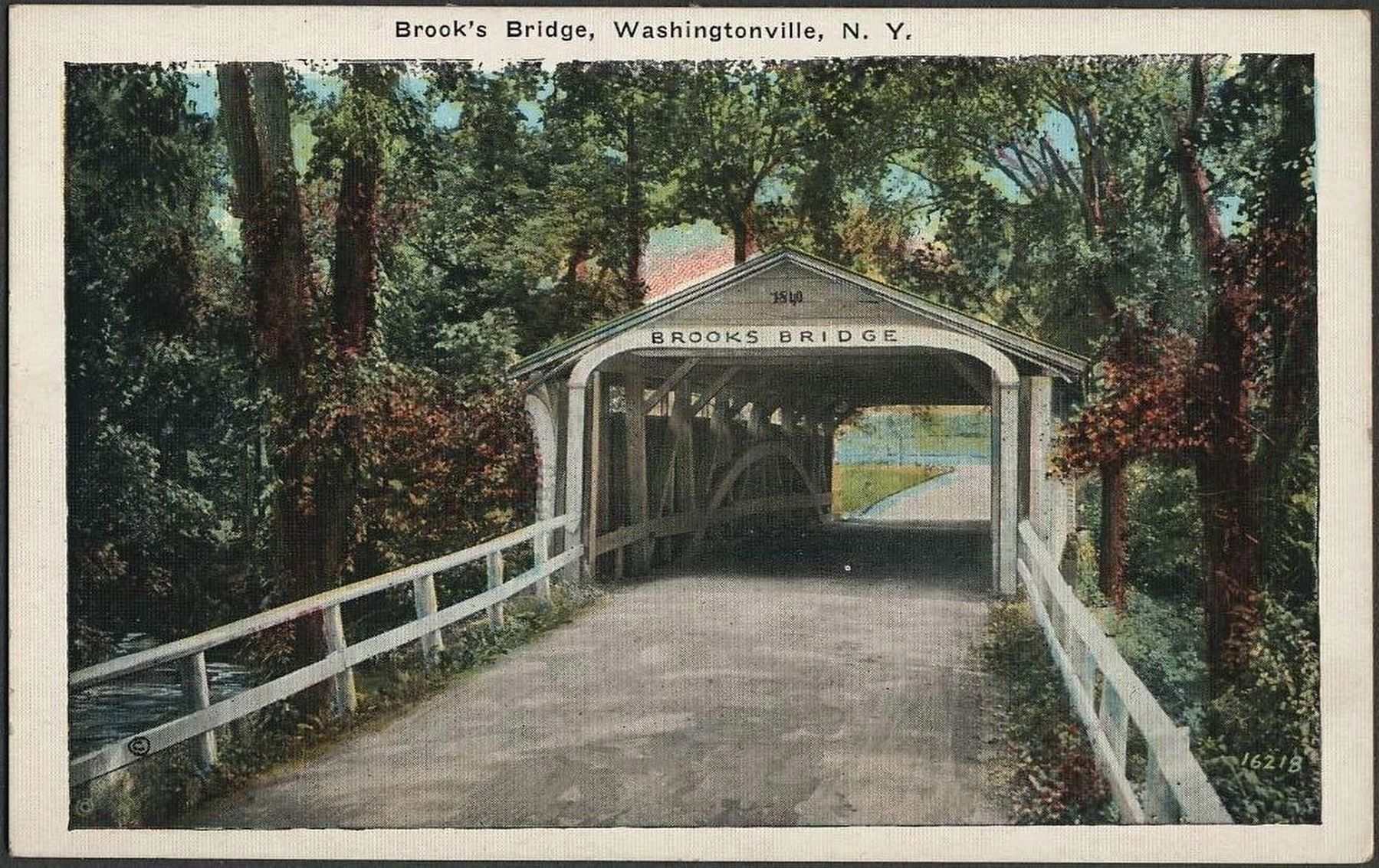