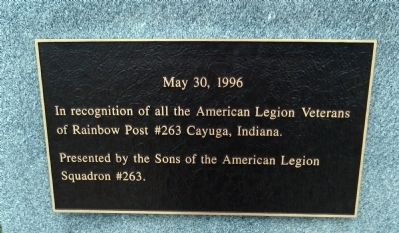 In recognition of all the
American Legion Veterans
of Rainbow Post #263
Cayuga, Indiana.

Presented by the
Sons of the American Legion
Squadron #263

Other nearby markers. At least 8 other markers are within 6 miles of this marker, measured as the crow flies. Honor Roll of Iraq and Afghanistan War Deaths from Indiana (here, next to this marker); Eugene Covered Bridge (approx. 1.1 miles away); Harrison's Crossing (approx. 1½ miles away); Silver Island Cemetery (approx. 3 miles away); Fulton Township 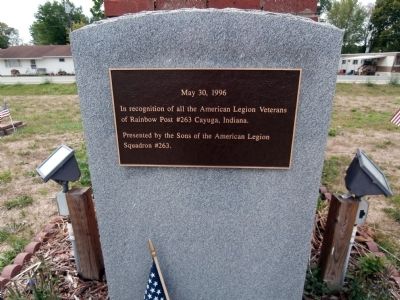 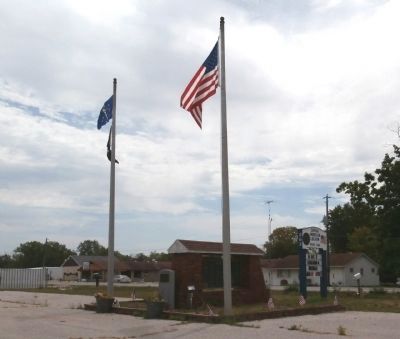 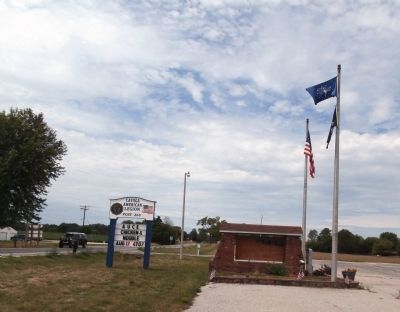