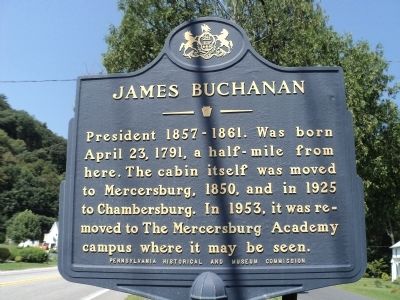 Photographed By Bill Coughlin, August 22, 2012
1. James Buchanan Marker
Inscription.
James Buchanan. . President 1857 – 1861. Was born April 23, 1791, a half-mile from here. The cabin itself was moved to Mercerburg, 1850, and in 1925 to Chambersburg. In 1953, it was removed to The Mercerburg Academy campus where it may be seen. . This historical marker was erected by Pennsylvania Historical and Museum Commission. It is in Peters Township in Franklin County Pennsylvania

Topics and series. This historical marker is listed in this topic list: Education. In addition, it is included in the Former U.S. Presidents: #15 James Buchanan, and the Pennsylvania Historical and Museum Commission series lists. A significant historical month for this entry is April 1862.

Location. 39° 51.988′ N, 77° 56.692′ W. Marker is in Peters Township, Pennsylvania, in Franklin County. Marker is at the intersection of Buchanan Trail (Pennsylvania Route 16) and Stoney Valley Road, on the right when traveling west on Buchanan Trail. Touch for map. Marker is at or near this postal address: 3660 State Forest Rd, Mercersburg PA 17236, United States of America. Touch for directions.

Other nearby markers. At least 8 other markers are within 4 miles of this marker, measured as the crow flies. Stony Batter (about 300 feet away, measured in a direct line); President James Buchanan (approx. 0.6 miles away); a different marker also 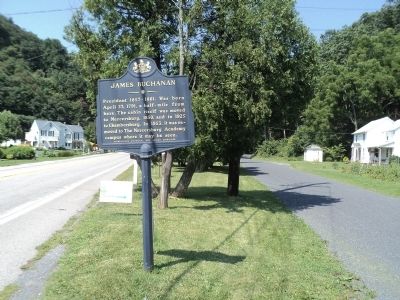 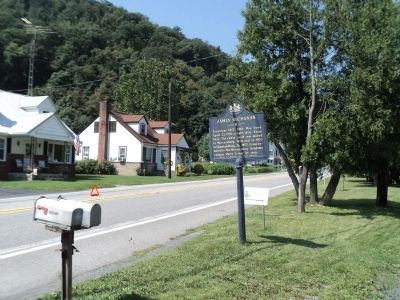 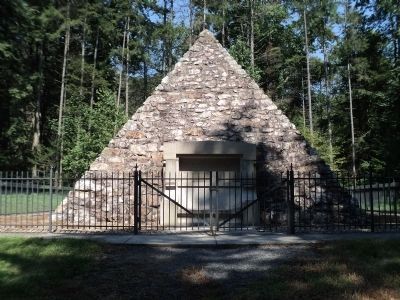 Photographed By Bill Coughlin, August 22, 2012
4. James Buchanan's Birthplace
This 38 foot square, 31 foot high pyramid marks the spot where James Buchanan was born on April 23, 1791. It is located about ½ mile from the marker. 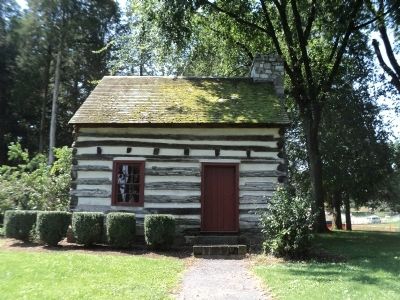