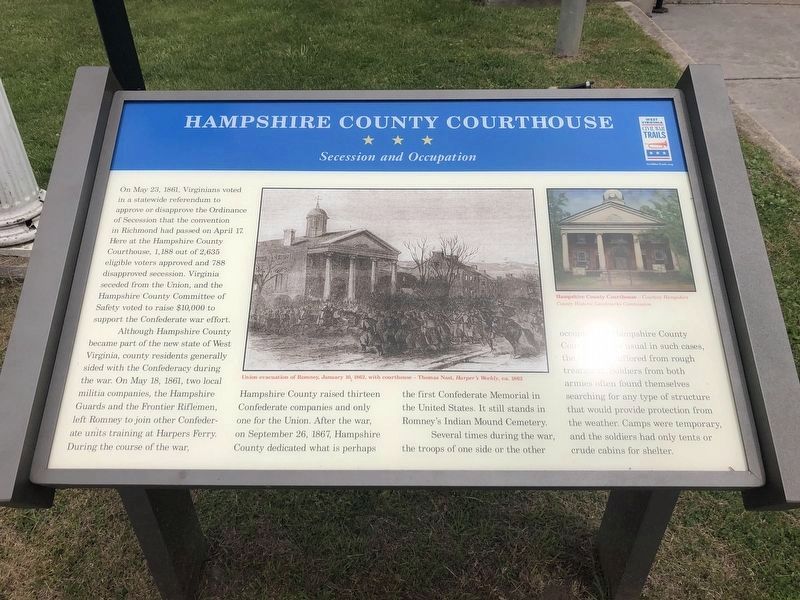 On May 23, 1861, Virginians voted in a statewide referendum to approve or disapprove the Ordinance of Secession that the convention in Richmond had passed on April 17. Here at the Hampshire County Courthouse, 1,188 out of 2,635 eligible voters approved and 788 disapproved secession. Virginia seceded from the Union, and the Hampshire County Committee of Safety voted to raise $10,000 to support the Confederate war effort.

Although Hampshire County became part of the new state of West Virginia, county residents generally sided with the Confederacy during the war. On May 18, 1861, two local militia companies, the Hampshire Guards and the Frontier Riflemen, left Romney to join other Confederate units training at Harpers Ferry. During the course of the war, Hampshire County raised thirteen Confederate companies and only one for the Union. After the war, on September 26, 1867, Hampshire County dedicated what is perhaps the first Confederate Memorial in the United States. It still stands in Romney’s Indian Mound Cemetery.

Several times during the war, the troops of one side or the other occupied the Hampshire County Courthouse. As 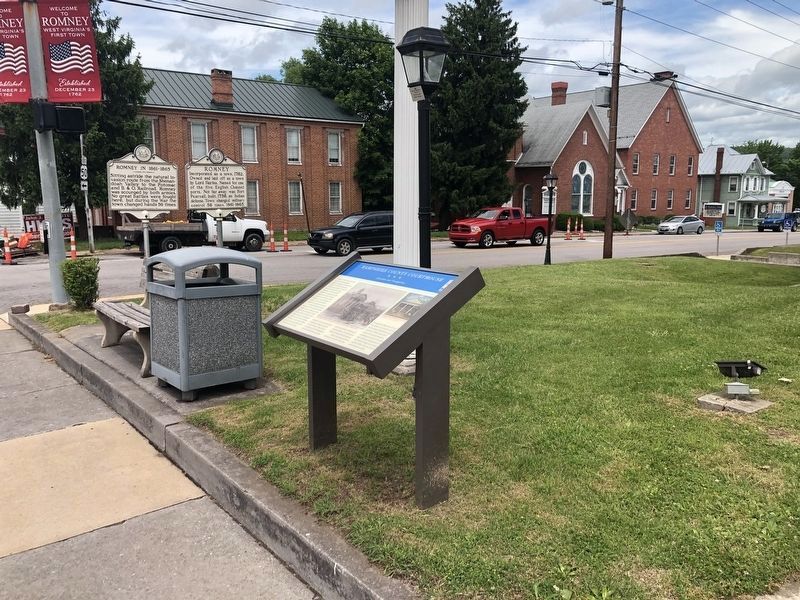 Click or scan to see
this page online
usual in such cases, the building suffered from rough treatment. Soldiers from both armies often found themselves searching for any type of structure that would provide protection from the weather. Camps were temporary, and the soldiers had only tents or crude cabins for shelter.

Topics and series. This historical marker is listed in this topic list: War, US Civil. In addition, it is included in the West Virginia Civil War Trails series list. A significant historical month for this entry is April 1809. 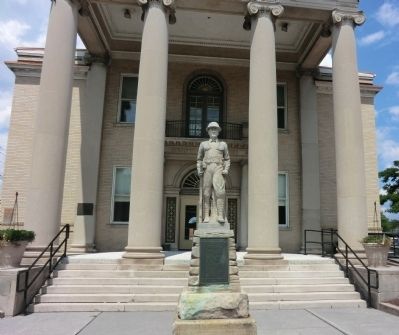 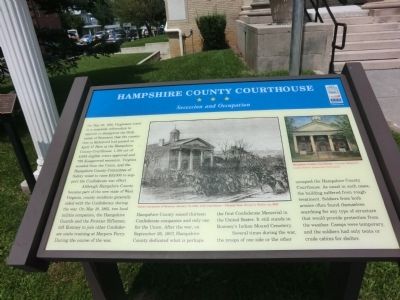