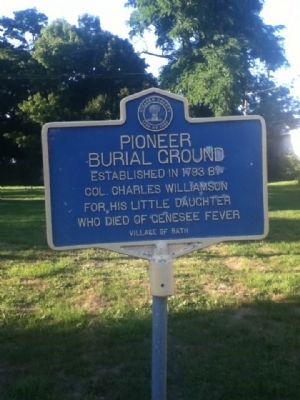 Established in 1793 by Col. Charles Williamson For his little daughter who died of Genesee Fever
Village of Bath

Topics. This historical marker is listed in this topic list: Cemeteries & Burial Sites. A significant historical year for this entry is 1793.