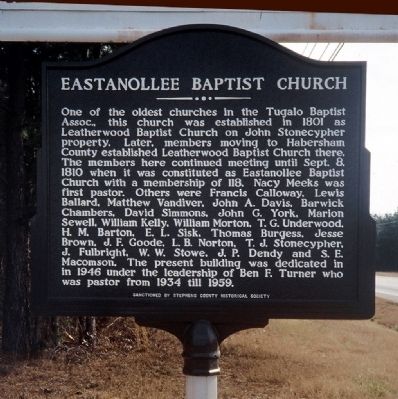 Topics. This historical marker is listed in this topic list: Churches & Religion. A significant historical date for this entry is September 8, 1863.

Location. Marker has been reported missing. 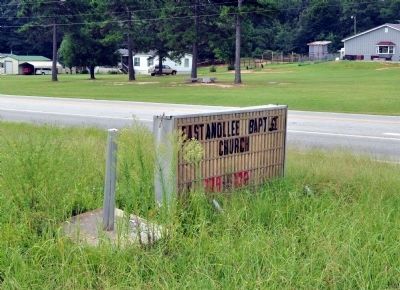 Click or scan to see
this page online
It was located near 34° 31.308′ N, 83° 14.537′ W. Marker was in Eastanollee, Georgia, in Stephens County. Marker was at the intersection of Georgia Route 17 and Scott Road, on the right when traveling north on State Route 17. Touch for map. Marker was in this post office area: Eastanollee GA 30538, United States of America. Touch for directions.

Related marker. Click here for another marker that is related to this marker. Marker for the Leatherwood Baptist Church, mentioned on this marker. 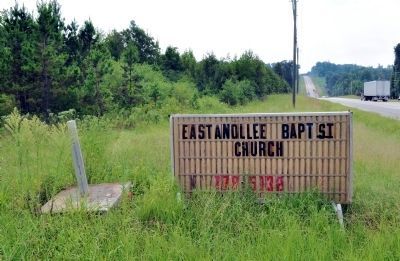 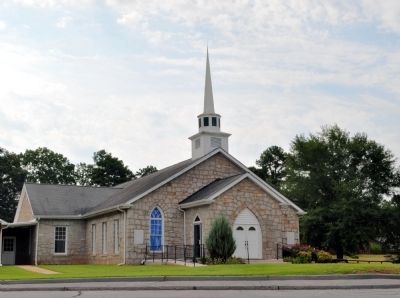