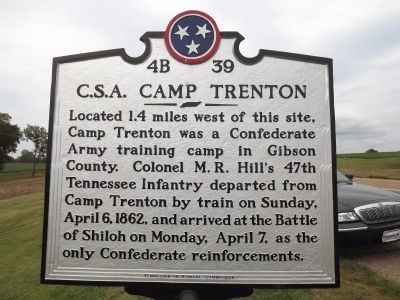 Located 1.4 miles west of this site, Camp Trenton was a Confederate Army training camp in Gibson County. Colonel M. R. Hill's 47th Tennessee Infantry departed from Camp Trenton by train on Sunday, April 6, 1862, and arrived at the Battle of Shiloh on Monday, April 7, as the only Confederate reinforcements.

Topics and series. This historical marker is listed in this topic list: War, US Civil. In addition, it is included in the Tennessee Historical Commission series list. A significant historical date for this entry is April 6, 1775. 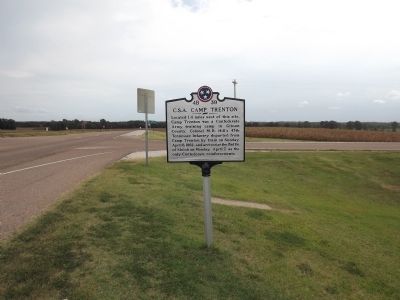