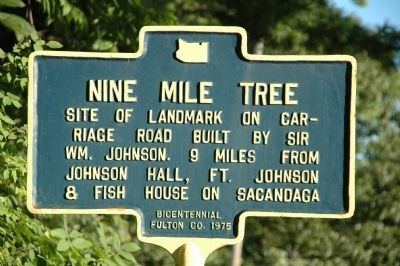 Topics. This historical marker is listed in these topic lists: Roads & Vehicles • Settlements & Settlers. A significant historical year for this entry is 1975.

Other nearby markers. At least 8 other markers are within 3 miles of this location, measured as the crow flies. Mayfield Fort (approx. 1.2 miles away); Anthonyville (approx. 1½ miles away); Burying Ground (approx. 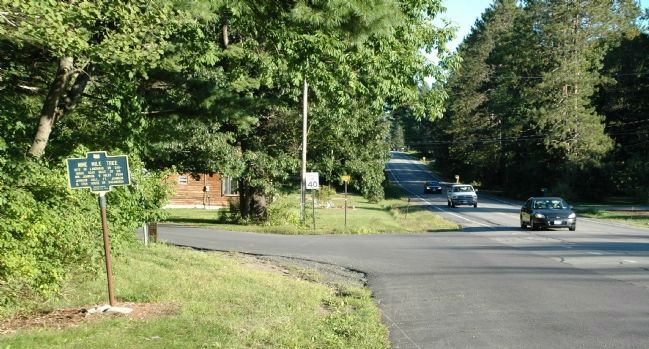 Regarding Nine Mile Tree. Sir William Johnson laid out a carriage road from Fort Johnson to his summer cottage on the Sacandaga Vlaie. At each mile, he had a marker braised on a tree to designate the distance he travelled. For many decades, a large pine stood at this intersection on the opposite corner from this marker and it had its mark, designated the 9th mile. This 1976 Bicentennial marker replaced an original from the 1930's destroyed by a snow plow. 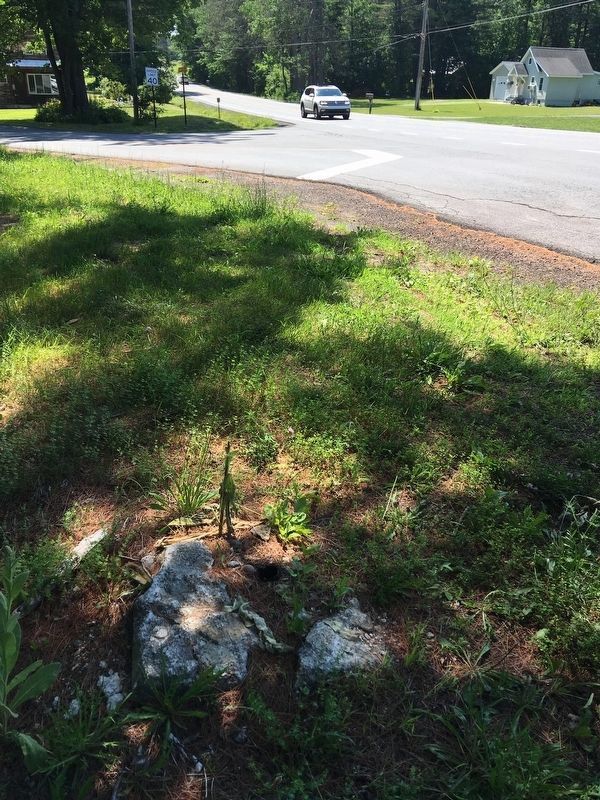