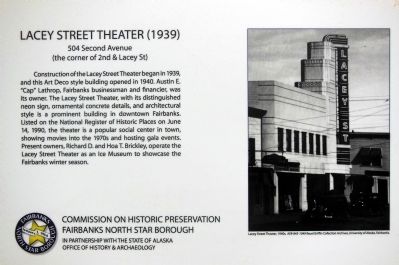 Construction of the Lacey Street Theater began in 1939, and this Art Deco style building opened in 1940. Austin E. “Cap” Lathrop, Fairbanks businessman and financier, was its owner. The Lacey Street Theater, with its distinguished neon sign, ornamental concrete details, and architectural style is a prominent building in downtown Fairbanks. Listed on the National Register of Historic Places on June 14, 1990, the theater is a popular social center in town, showing movies into the 1970s and hosting gala events. Present owners, Richard D. and Hoa T. Brinkley, operate the Lacey Street Theater as an Ice Museum to showcase the Fairbanks winter season.

Topics and series. This historical marker is listed in these topic lists: Entertainment • Industry & Commerce. In addition, it is included in the Art Deco series list. 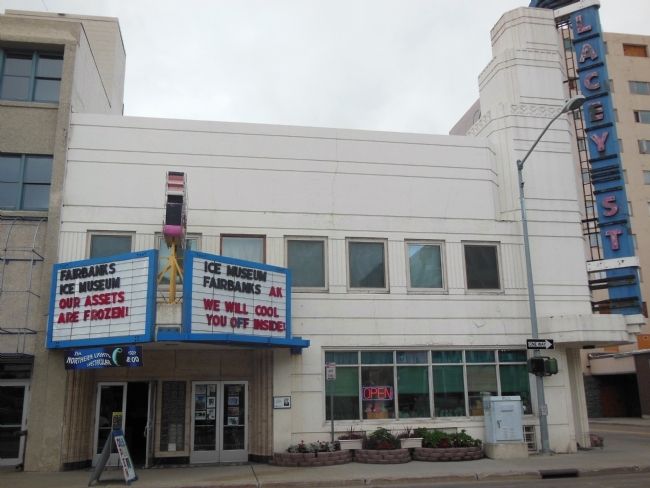 By Cosmos Mariner, June 27, 2012
2. Lacey Street Theater
Borough. Marker is on Second Avenue, on the right when traveling east. This historic marker is located on front wall, on the right side of the main entrance as you face the theater. Touch for map. Marker is at or near this postal address: 504 Second Avenue, Fairbanks AK 99775, United States of America. Touch for directions. 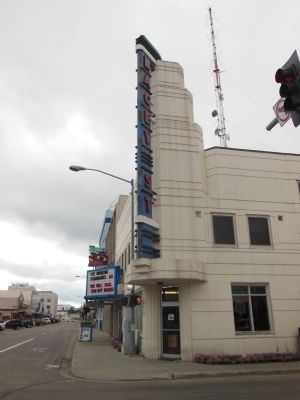 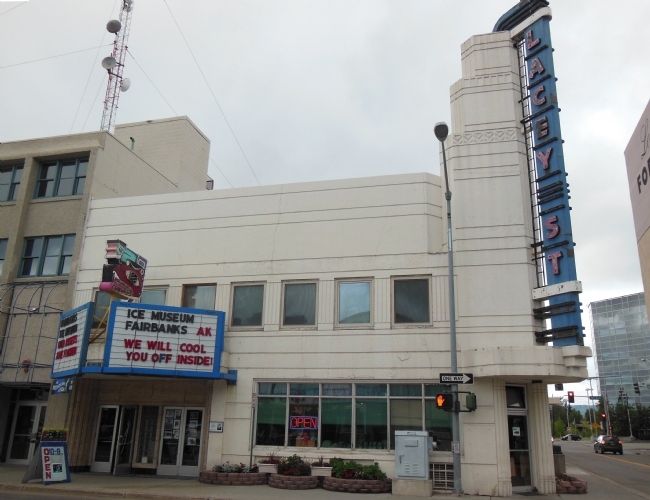