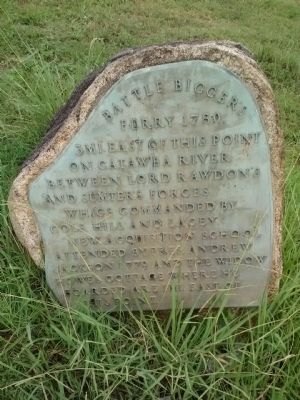 New Aquisition School attended by Pres. Andrew Jackson 1779 and the widow Howe's cottage where he boarded are 1 mi. east of this point.

Topics and series. This historical marker is listed in these topic lists: Patriots & Patriotism • War, US Revolutionary • Waterways & Vessels. In addition, it is included in the Former U.S. Presidents: #07 Andrew Jackson series list. A significant historical year for this entry is 1780.