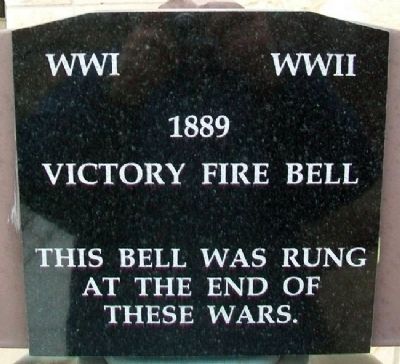 Photographed By William Fischer, Jr., February 19, 2012
1. Victory Fire Bell Marker
Inscription.
Victory Fire Bell. This bell was rung at the end of these wars. . This historical marker is in WaKeeney in Trego County Kansas

This bell was rung at the end of these wars.

Topics and series. This memorial is listed in these topic lists: Communications • War, World I • War, World II. In addition, it is included in the Historic Bells series list.

Location. 39° 1.544′ N, 99° 53.101′ W. Marker is in WaKeeney, Kansas, in Trego County. Memorial is on Russell Avenue near 4th Street, on the right when traveling west. Bell is at the entrance to WaKeeney City Hall. Touch for map. Marker is at or near this postal address: 408 Russell Avenue, Wakeeney KS 67672, United States of America. Touch for directions.

Other nearby markers. At least 1 other marker is within walking distance of this marker. Trego County Veterans Memorial (about 400 feet away, measured in a direct line). 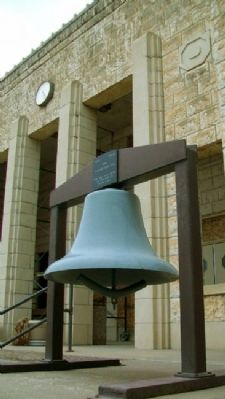 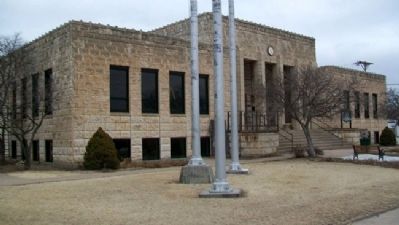