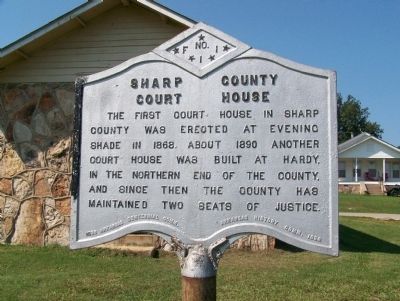 The first court house in Sharp County was erected at Evening Shade in 1868. About 1890 another court house was built at Hardy, in the Northern end of the county, and since then the county has maintained two seats of justice.

Topics and series. This historical marker is listed in this topic list: Government & Politics. In addition, it is included in the Arkansas Centennial Commission series list. A significant historical year for this entry is 1868.

Other nearby markers. At least 2 other markers are within 5 miles of this marker, measured as the crow flies. The Sharp Family and the Civil War / The Civil War in Sharp County (about 700 feet away, measured in a direct line); Old Baptist Church (approx. 4½ miles away). 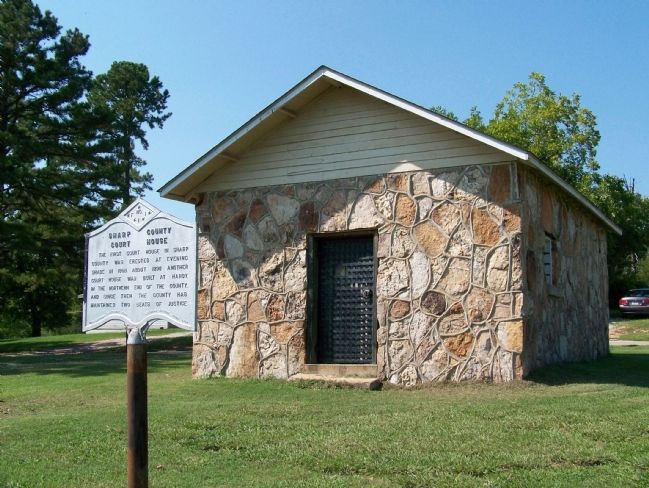 Click or scan to see
this page online
Within a few years after the forming of the county, the first court house was build on land donated by John Wesley Shaver, of Evening Shade. It was a frame building and stood on the same site as the stone structure, which was built after the first building was destroyed by fire. It is not known who the contractor or commissioners were. However, the work was directed by a Yankee named Smith, from Connecticut, who had supervised the erection of other buildings in the town. It was 50 ft square with offices on each side of a hallway on the first floor, and a court room above. It was made of selected pine lumber, "all heart" and for this reason, made a roaring conflagration when it burned in 1880. 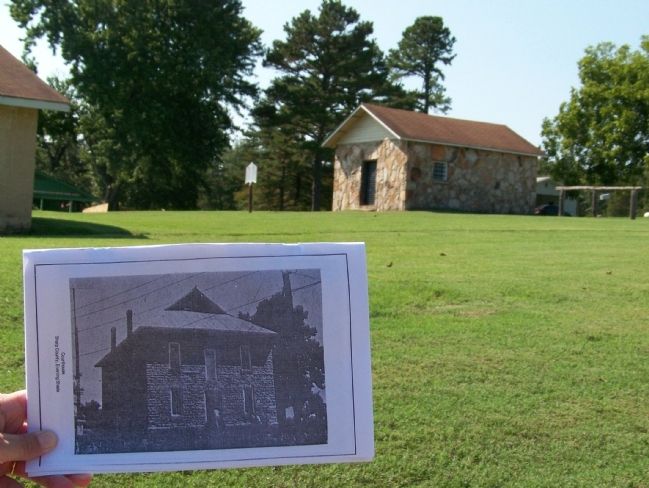