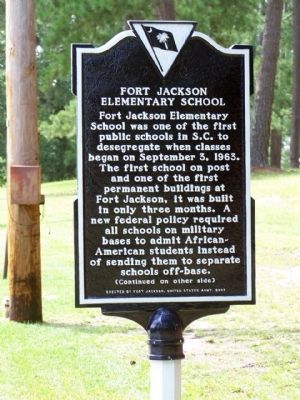 Fort Jackson Elementary School
Fort Jackson Elementary School was one of the first public schools in S.C. to desegregate when classes began on September 3, 1963. The first school on post and one of the first permanent buildings at Fort Jackson, it was built in only three months. A new federal policy required all schools on military bases to admit African-American students instead of sending them to separate schools off-base. 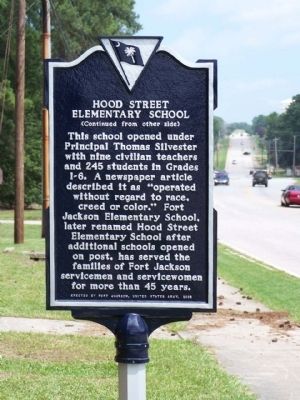 Location. 34° 0.603′ N, 80° 56.024′ W. Marker is in Fort Jackson, Columbia, South Carolina, in Richland County. Marker is on Lee Street near Hood Street, on the right when traveling south. Touch for map. Marker is in this post office area: Columbia SC 29207, United States of America. Touch for directions. 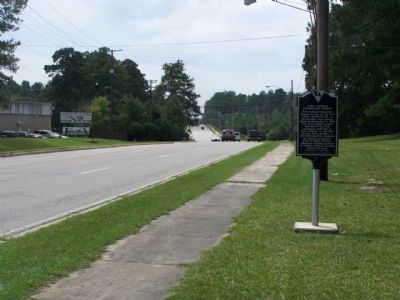 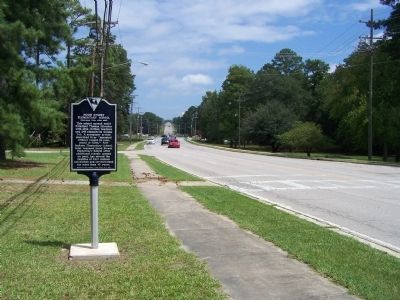 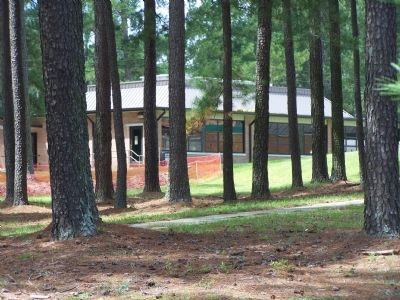