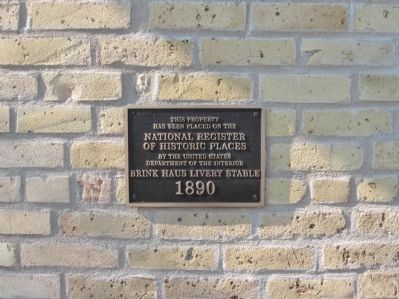 Location. 44° 47.239′ N, 93° 36.103′ W. Marker is in Chaska, Minnesota, in Carver County. Marker is on West 4th Street west of North Chestnut Street (Minnesota Highway 41), on the right when traveling west. Marker is at the Chaska History Center. Touch for map. Marker is at or near this postal address: 112 West Fourth Street, Chaska MN 55318, United States of America. Touch for directions. 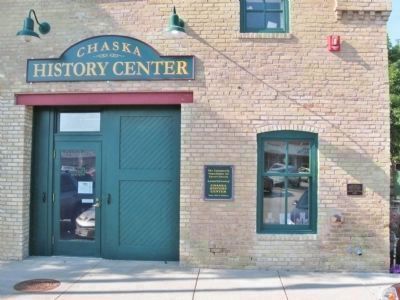 By Keith L, September 1, 2012
2. Brinkhaus Livery Stable and Marker
[the plaque is at the far right]
Minneapolis House and Saloon customers of Herman Brinkhaus were provided a barn and shed for their horses. That frame building burned and was replaced by this brick building in the early 1890's.
source: Preservation Design Manual, Chaska, Minnesota; December 23, 2003 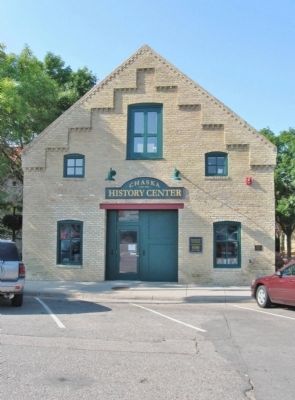