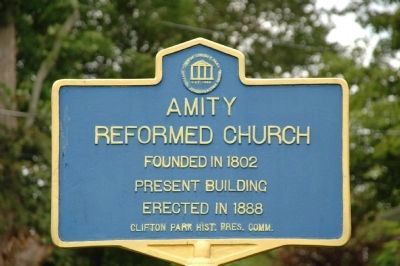 Topics. This historical marker is listed in this topic list: Churches & Religion. A significant historical year for this entry is 1802. 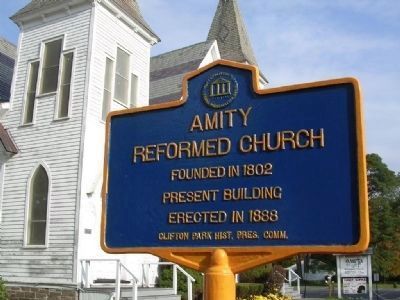 Click or scan to see
this page online
in 1802 by families of Dutch descent who settled along the northern shore of the Mohawk River just below present day Clifton Park, NY. Prior to this time, people had ferried across the river to worship at the Niskayuna Dutch Reformed Church. Due to the difficulty in crossing the river at certain times of the year, the residents of the hamlet of Amity (now called Vischer Ferry) requested permission to form a church on the northern shore. When this was granted, Elders and Deacons were elected and a vote was taken to construct a place of worship at the church's present location.


In April of 1802 the new congregation was accepted into the Dutch Reformed Church and by June of that year a place for worship was built. Due to being a stop on the famous Erie Canal the population grew and necessitated replacing the first church with a much larger one in 1871. This second church was destroyed by fire during the Christmas season of 1886. In 1888 the present church was constructed. The church is distinguished by its half circle seating configuration, wainscoted ceiling, stately chandeliers and stunning stained glass windows. It is an inspirational setting for worship. Above all the church is people, many generations of them, who have gathered here for worship and to serve God. This wonderful heritage continues on into our present day. 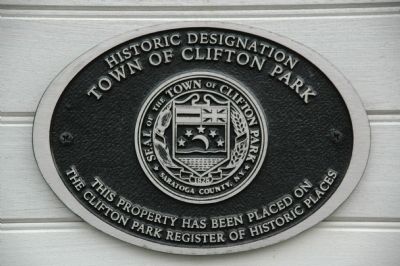 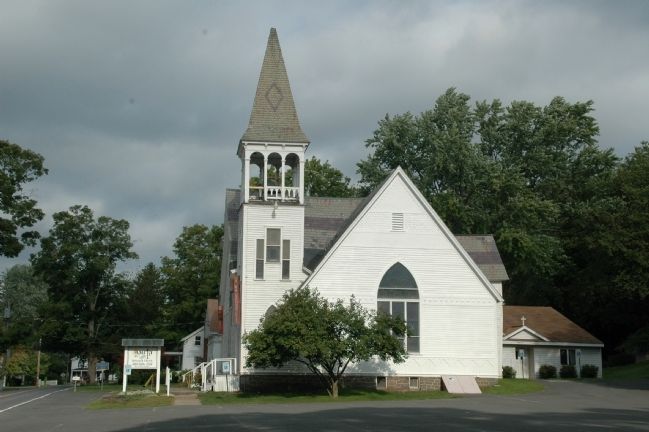