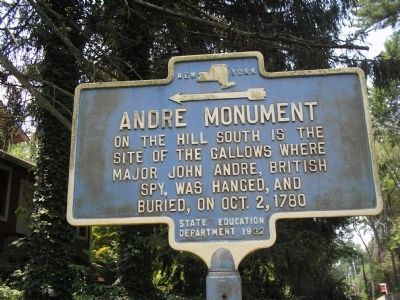 Photographed By Bill Coughlin, June 28, 2008
1. Andre Monument Marker
Inscription.
Andre Monument. ←.
On the hill south is the site of the gallows where Major John Andre, British spy, was hanged, and buried, on Oct. 2, 1780.. . This monument was erected in 1932 by New York State Education Department. It is in Tappan in Rockland County New York

On the hill south is the
site of the gallows where
Major John Andre, British
spy, was hanged, and
buried, on Oct. 2, 1780.

Topics. This historical marker and monument is listed in these topic lists: Military • Notable Events • War, US Revolutionary. A significant historical year for this entry is 1780. 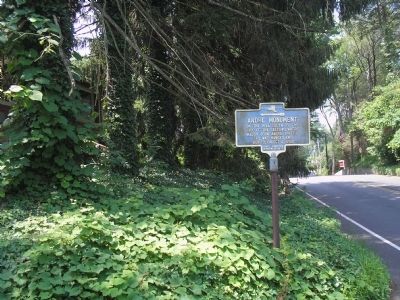 While stationed at Stoney Point, New York, 17 year-old Amos Stoddard witnessed the escape of General Benedict Arnold from West Point (then known as “Fort Putnam,” or simply as “The Highlands”) by small boat or raft, going south down the Hudson River, around Stoney Point to Haverstraw Bay, and boarding the British ship Vulture. His artillery company was then ordered to march to Orangetown 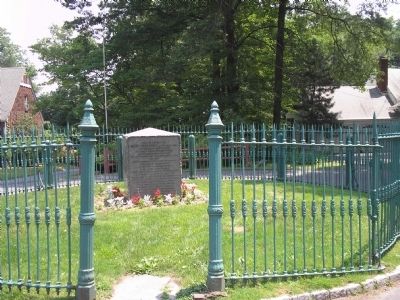 Photographed By Bill Coughlin, June 28, 2008
3. André Monument Historic Site
The site of the execution of Maj. John André is just up the hill from the marker.
(Tappen, New York). Here, Amos Stoddard was posted next to the wagon where Major André was to be hung. He provides a first-hand account of the march of Major André to the wagon, his mounting the wagon, and his being blindfolded and hung. He clearly heard most of what was said by Major André as he stood on the wagon at the gallows.

In his autobiography, published in the 2016 book, The Autobiography Manuscript of Major Amos Stoddard, he describes the event in great detail, providing a rare, unembellished and unbiased first-hand account of the historic event. During a trip to London, England, in 1791, Amos Stoddard was invited to tell his recollection of the event to the brother of Major André — which was greatly appreciated.
— Submitted March 16, 2021, by Robert Stoddard of Idyllwild, California.
2. Marker appears to have been stolen this past spring.
It was first thought the marker had been knocked down by a truck, but the heavy marker may have been cut away from its pole and stolen. Also, just within the past year the marker had been refurbished and repainted. The town has already applied for a grant from the William G. Pomeroy Foundation to replace the marker.
— Submitted July 29, 2020, 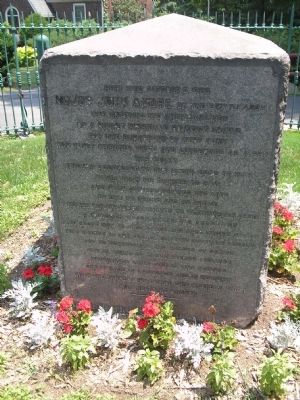