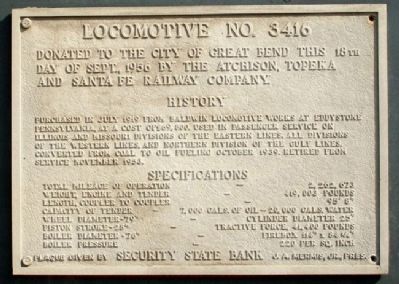 Donated to the City of Great Bend this 18th day of Sept., 1956 by the Atchison, Topeka and Santa Fe Railway Company.

History
Purchased in July 1919 from Baldwin Locomotive Works at Eddystone, Pennsylvania at a cost of $69,000. Used in passenger service on Illinois and Missouri Divisions of the Eastern Lines, all divisions of the Western Lines, and Northern Divsion of the Gulf Lines. Converted from coal to oil fueling October 1939. Retired from service November 1953.

Topics and series. This historical marker is listed in these topic lists: Industry & Commerce 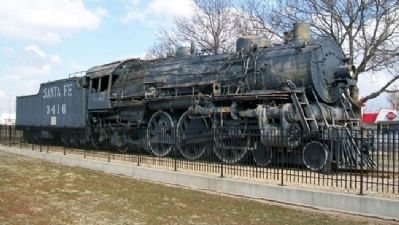 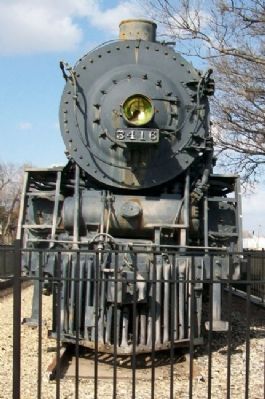