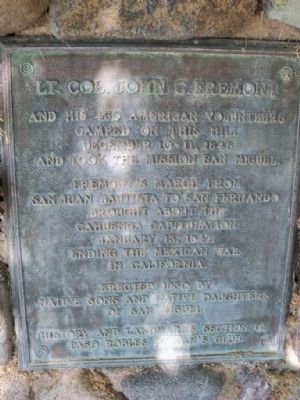 Photographed By James King, May 7, 2011
1. Lt. Col. John C. Fremont Marker
Inscription.
Lt. Col. John C. Fremont and his 430 American volunteers camped on this hill December 10 - 11, 1846 and took the Mission San Miguel., Fremont's march from San Juan Bautista to San Fernando brought about the Cahuenga Capitulation January 13, 1847, ending the Mexican War in California. . This historical marker was erected in 1930 by Native Sons/Native Daughters of the Golden West and Paso Robles Women's Club. It is in San Miguel in San Luis Obispo County California

Topics and series. This historical marker is listed in these topic lists: Military • War, Mexican-American. In addition, it is included in the Native Sons/Daughters of the Golden West series list. A significant historical date for this entry is January 13, 1911. 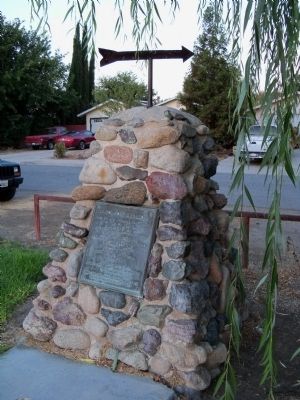 More about this marker. The arrow on top of the monument points to the hillside in question but trees in the neighborhood now obscure the view from this location in all but the leafless winter months. 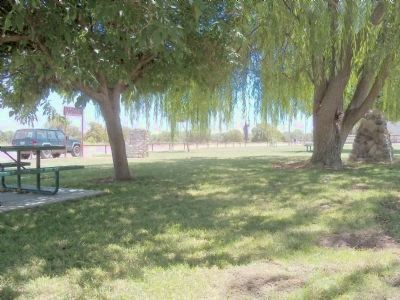 Photographed By James King, July 10, 2011
3. Father Reginald Memorial Park
Fremont monument is at the extreme right and Mission San Miguel is beyond. Park dedication monument is to the left. 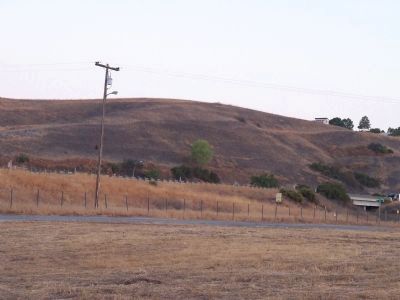 Photographed By James King, September 30, 2012
4. Campsite of John C. Fremont & his Volunteers
Looking northwest from where San Luis Obispo Road bends and becomes K Street. The Hwy 101 bridge over 10th Street is visible to the right. 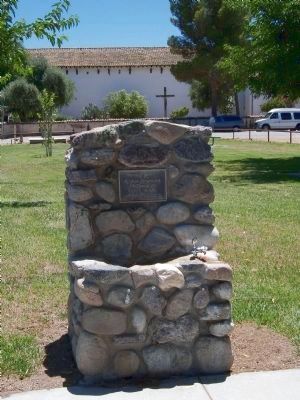 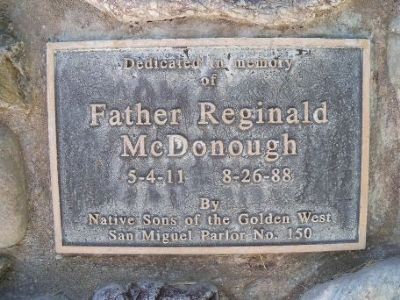