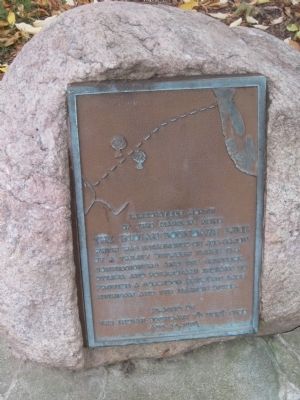 Immediately north of this marker runs the Indian Boundary Line which was established on Aug 24, 1816 by a treaty between three U.S. commissioners and the Chippewa, Ottawa and Potawotami Indians to provide a corridor between Lake Michigan and the Illinois River. 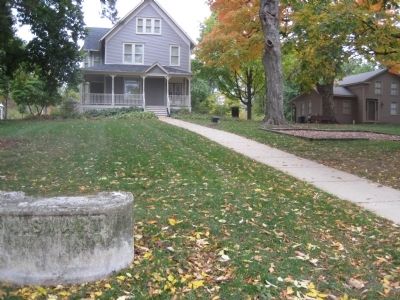 October 5, 2012
2. The Indian Boundary Line is in front of the Downers Grove Park District Museum
(approx. 4½ miles away); Bruno F. Shustek (approx. 5 miles away); Mammoth Spring (approx. 5.1 miles away); Glen Ellyn Main Street Historic District (approx. 6.9 miles away). Touch for a list and map of all markers in Downers Grove.
Credits. This page was last revised on June 16, 2016. It was originally submitted on October 5, 2012. This page has been viewed 774 times since then and 34 times this year. Photos:   1, 2. submitted on October 5, 2012. • Bill Pfingsten was the editor who published this page.
Share This Page.