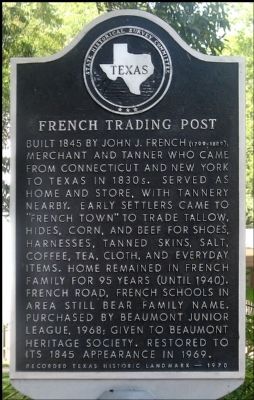 Built 1845 by John J. French (1799-1889), merchant and tanner who came from Connecticut and New York to Texas in 1830s. Served as home and store, with tannery nearby. Early settlers came to “French Town” to trade tallow, hides, corn, and beef for shoes, harnesses, tanned skins, salt, coffee, tea, cloth, and everyday items. Home remained in French family for 95 years (until 1940). French Road, French schools in area still bear family name. Purchased by Beaumont Junior League, 1968; given to Beaumont Heritage Society. Restored to its 1845 appearance in 1969.

Topics. This historical marker is listed in these topic lists: Industry & Commerce • Settlements & Settlers. A significant historical year for this entry is 1845. 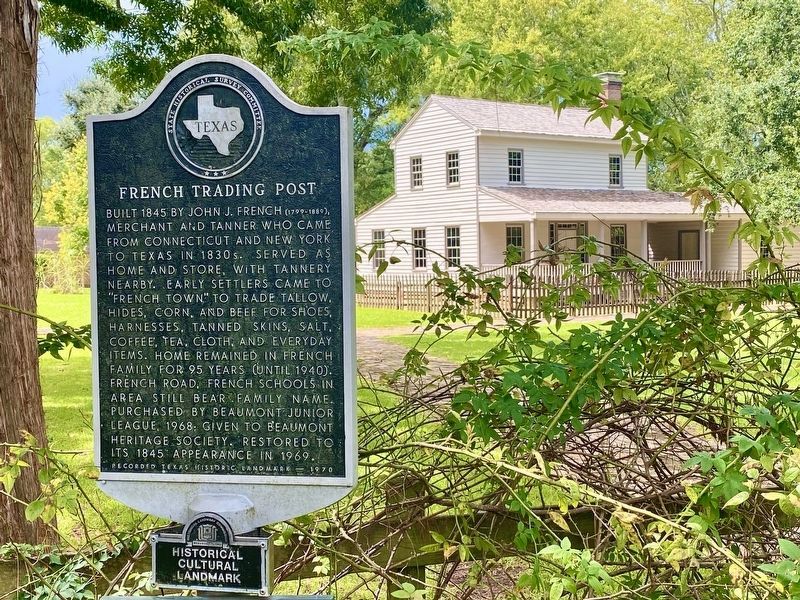 Click or scan to see
this page online
Arbor Lane. Touch for map. Marker is at or near this postal address: 3025 French Road, Beaumont TX 77706, United States of America. Touch for directions. 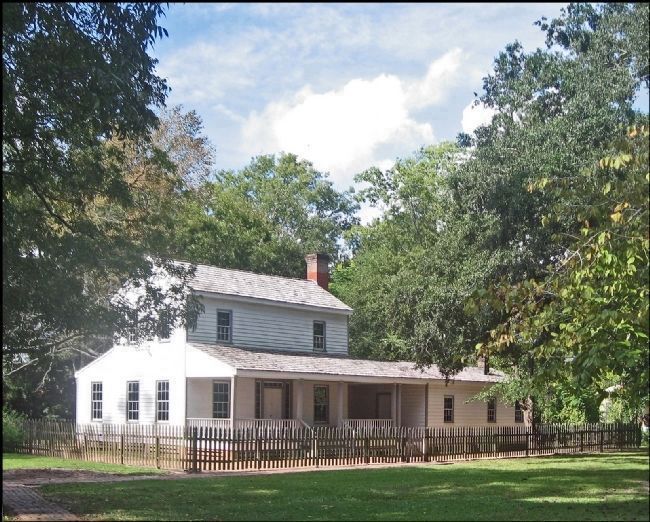 Photographed By Jim Evans, October 13, 2012
3. Home of John French, owner of French Trading Post
I was told by the person at the associated Visitor's Center across the street that the trading post, which was also John French's home originally, no longer exists. He built this home later in the 1800's. But, this seems to conflict with the words on the marker. So, it's confusing. 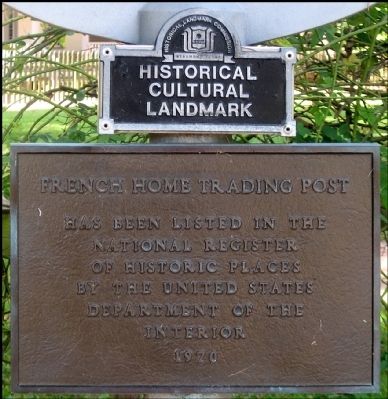 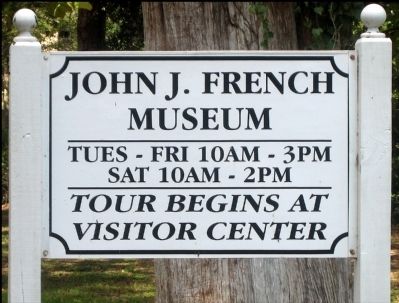