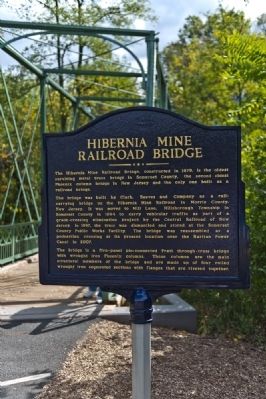 The Hibernia Mine Railroad Bridge, constructed in 1879, is the oldest surviving metal truss bridge in Somerset County, the second oldest Phoenix column bridge in New Jersey and the only one built as a railroad bridge.

This was built by Clark, Reeves and Co. as a rail-carrying bridge on the Hibernia Mine Railroad in Morris County, New Jersey. It was moved to Mill Lane, Hillsborough Township in Somerset County in 1894 to carry vehicular traffic as part of a grade-crossing elimination project by the Central Railroad of New Jersey. In 1997, the truss was dismantled and stored at the Somerset County Public Works Facility. The bridge was reassembled as a pedestrian crossing at its present location over the Raritan Power Canal in 2007.

This bridge is a five-truss pin-connected Pratt through-truss bridge with wrought-iron Phoenix columns. These columns are the main structural members of the bridge and are made up of four rolled wrought iron segmented sections with flanges that are riveted together.

Topics. This historical marker is listed in this topic list: 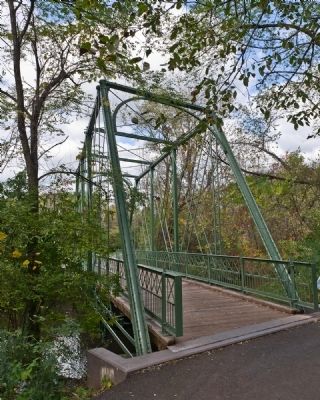 Location. 40° 33.534′ N, 74° 38.79′ W. Marker is in Raritan, New Jersey, in Somerset County. Marker is on Old York Road. Marker is located at the bridge on the walking trail that can be reached from the intersection of Old York Road and Woodmere Street. Touch for map. Marker is in this post office area: Raritan NJ 08869, United States of America. Touch for directions.

Additional comments.
1. Selco Manufacturing Corp. remanufactured & restored the Hibernia Mine Bridge
This bridge was a basket case with 1/3 of all members that were deterioriated or in an unuseable condition.

Selco manufacturing restored sections, made some new ones, welded and heat forged rods to make the columns and truss rods apear "like original" condition. 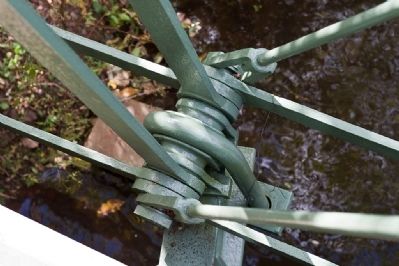 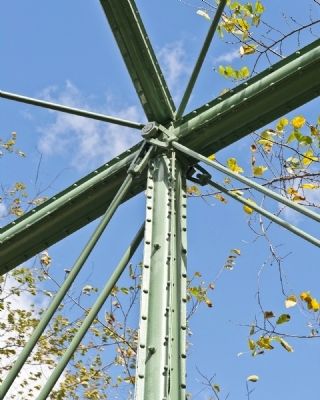 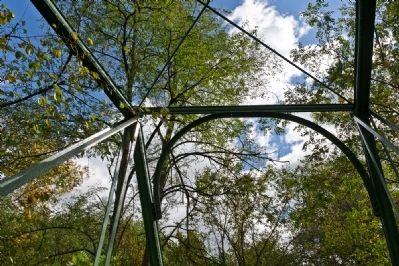