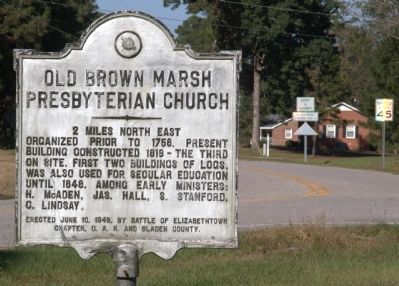 Erected 1949 by Battle of Elizabethtown Chapter, Daughters of the American Revolution, and Bladen County, on June 10.

Other nearby markers. At least 7 other markers are within 13 miles of this marker, measured as the crow flies. Whistler’s Mother (about 600 feet away, measured in a direct line); a different marker also named Old Brown Marsh Presbyterian Church (approx. 2.1 miles away); White Lake CCC Camp 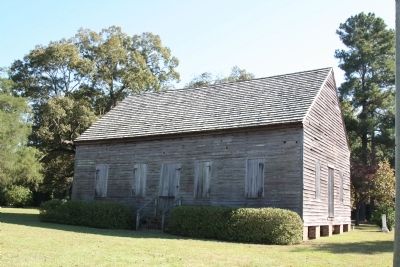