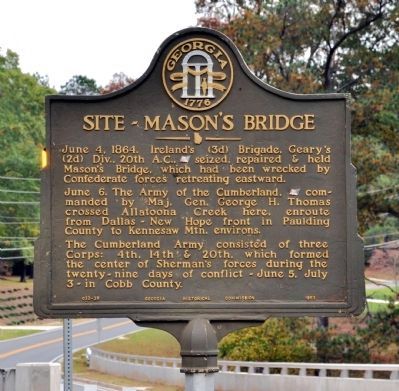 The Cumberland Army consisted of three Corps: 4th, 14th & 20th, which formed the center of Sherman’s forces during the twenty-nine days of conflict – June 5, July 3 – in Cobb County.

Topics and series. This historical marker is listed in this topic list: War, US Civil. In addition, it is included in the Georgia Historical Society series list. A significant historical date for this entry is June 4, 1859. 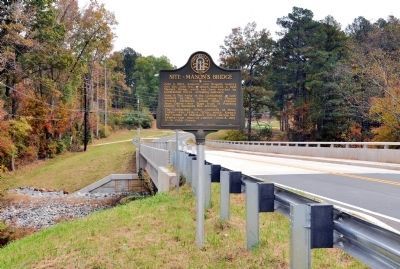 Click or scan to see
this page online
. Marker is in this post office area: Acworth GA 30101, United States of America. Touch for directions. 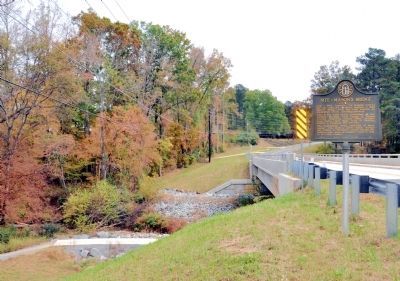