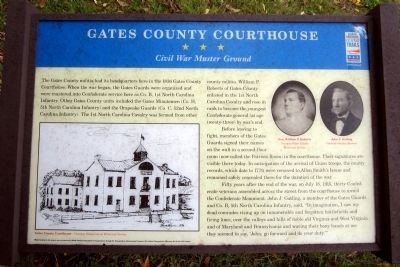 Before leaving to fight, members of Gates Guards signed their names on the wall in a second-floor room (now called te Patriots Room) in the courthouse. Their signatures are visible there today. In anticipation of the arrival of Union troops, the county records, which date to 1779, were removed to Allen Smith’s house and remained safely concealed there for the duration of the war.

Fifty years after the end of the war, on July 18, 1915, thirty Confederate veterans assembled across the street from the courthouse 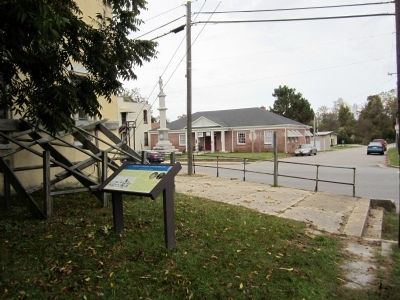 By Bernard Fisher, October 27, 2012
2. Gates County Courthouse CWT Marker
to unveil the Confederate Monument. John J. Gatling, a member of the Gates Guards and Co. B, 5th North Carolina Infantry, said, “In imagination, I saw my dead comrades rising up on innumerable and forgotten battlefields. and firing lines, over the valleys and hills of noble old Virginia and West Virginia and of Maryland and Pennsylvania and waving their bony hands at me they seemed to say, ‘John, go forward and do your duty!’”

Other nearby markers. At least 8 other markers are within 11 miles of this marker, measured as the crow flies. Gates County Confederate Monument (within shouting distance of this marker); William P. Roberts (about 400 feet away, measured in a direct line); Reid's Grove School (approx. 1.1 miles away); Burning of Winton (approx. 10 miles away); Hertford County WWI Memorial 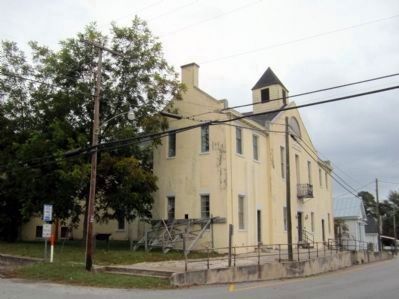 More about this marker. On the left is a sketch of "Gate County Courthouse" - Courtesy Gates County Historical Society 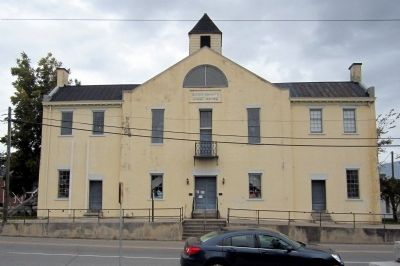