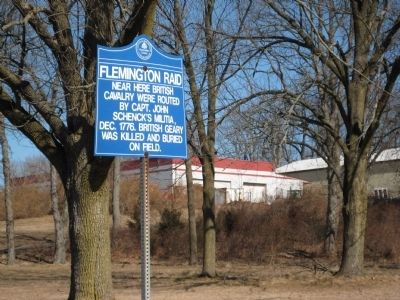 Near here British cavalry were routed by Capt. John Schenck's militia Dec. 1776. British Geary was killed and buried on field.

Topics and series. This historical marker is listed in this topic list: War, US Revolutionary. In addition, it is included in the New Jersey, Hunterdon County Cultural and Heritage Commission series list. A significant historical year for this entry is 1776.