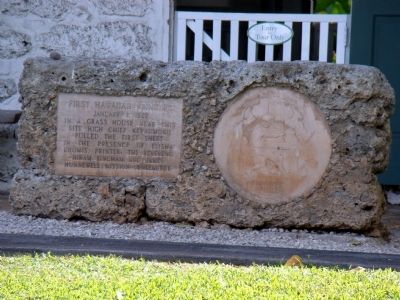 In a grass house near this site High Chief Keeaumoku pulled the first sheet in the presence of Elisha Loomis, Printer; the Reverend Hiram Bingham; and James Hunnewell, Mission benefactor.

Location. 21° 18.239′ N, 157° 51.408′ W. Marker is in Honolulu, Hawaii, in Honolulu County. Marker is on South King Street south of Kawaiahao Street, on the right when traveling south. It is at the Mission Houses Museum. Touch for map. Marker is in this post office area: Honolulu HI 96813, United States of America. Touch for directions.

More about this marker. At the Mission House Museum, in a 1841 building built of coral blocks, is a working replica of the first printing press to be brought to Hawaii. It is demonstrated on a regular basis. 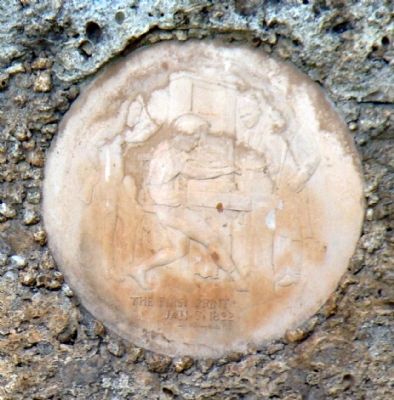 By J. J. Prats, October 23, 2008
2. First Hawaiian Printing Marker Stone Relief
Chapter XIX - First Hawaiian Printing. Chapter from the 1923 book by William D. Westervelt. Includes photo of the first page printed. “As soon as the missionaries were sure of the orthography and pronunciation of a number of [Hawaiian] words they prepared a primer or spelling book to be printed for the schools they were carrying on. Mr. Bingham says: ‘On the 7th of January, 1822, we commenced printing the language in order to give them letters, libraries and the living oracles in their own tongue. A considerable number was present, and among those particularly interested was Ke-au-moku (Gov. Cox) who after a little instruction by Mr. Loomis applied the strength of his athletic arm to the lever of a Ramage press, pleased thus to assist in working off a few impressions of the first lessons’.” (Submitted on November 23, 2008.) 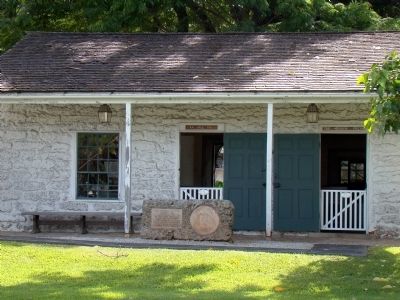 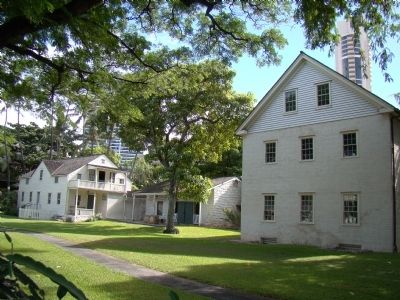