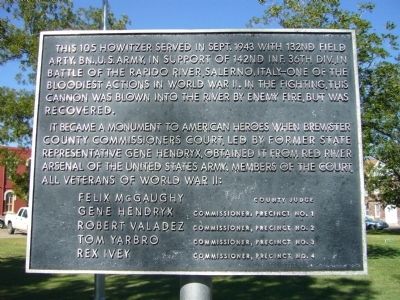 This 105 Howitzer served in Sept. 1943 with 132nd Field Arty. Bn., U.S. Army, in support of 142nd Inf. 36th Div., in Battle of the Rapido River, Salerno, Italy — One of the bloodiest actions in World War II. In the fighting, this cannon was blown into the river by enemy fire, but was recovered.

Topics. This historical marker is listed in this topic list: War, World II. A significant historical month for this entry is September 1943. 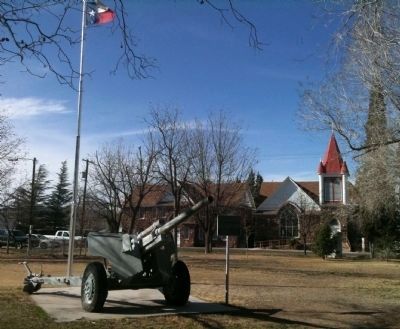 Photographed By Zacharias Beau T, February 22, 2012
2. 105 Howitzer Marker
The 6th Street gun brought many in the Mussolini ranks to their ends at the battle of Salerno, Italy in September 1943. 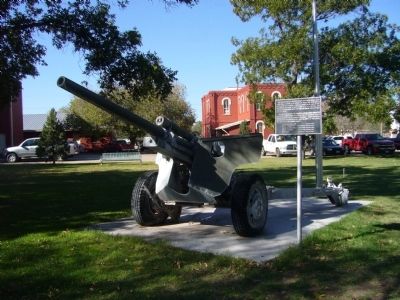