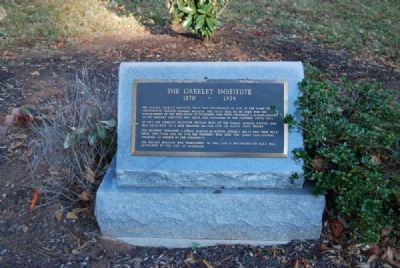 In 1913, the Greeley Institute became part of the public school system and was relocated to a new building on this site on South Fant Street.

The building remained a public school of School District No. 17 and then No. 5 until 1954. From 1954 to 1978, the property was used for quasi-educational purposes as needed by the community.

The vacant building was demolished in 1981, and a neighborhood park was developed by the city of Anderson

Topics. This historical marker is listed in these topic lists: African Americans • Education. A significant historical year for this entry is 1870. 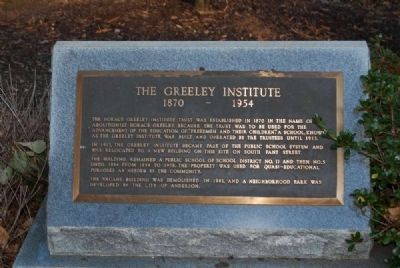 Click or scan to see
this page online
between Fulwer Street (to the north) and Goodrum Lane (to the south). Touch for map. Marker is in this post office area: Anderson SC 29624, United States of America. Touch for directions.

Also see . . .  Horace Greeley. Horace Greeley (February 3, 1811 – November 29, 1872) was an American newspaper editor, a founder of the Liberal Republican Party, a reformer, a politician, and an outspoken opponent of slavery. (Submitted on November 14, 2012, by Brian Scott of Anderson, South Carolina.) 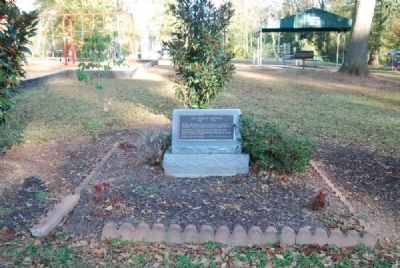