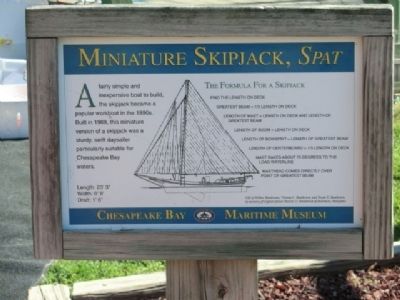 The Formula for a Skipjack, . Find the length on deck; Greatest Beam=1/3 length of deck; Length of Boom=Length of Deck; Length of Centerboard=1/5 length on deck; Mast rakes about 75 degrees to the load waterline; Masthead comes directly over point of greatest beam . This historical marker is in St. Michaels in Talbot County Maryland

A fairly simple and inexpensive boat to build, the skipjack became a popular workboat in the 1890s. Built in 1969, this miniature version of a skipjack was a sturdy, swift daysailer particularly suitable for Chesapeake Bay waters.

Location. Marker has been reported permanently removed. It was located near 38° 47.238′ N, 76° 13.17′ W. Marker was in St. Michaels, Maryland, in Talbot County. This marker is on the grounds of the Chesapeake Maritime Museum. Touch for map. Marker was in this post office area: Saint Michaels MD 21663, United States of America. Touch for directions. 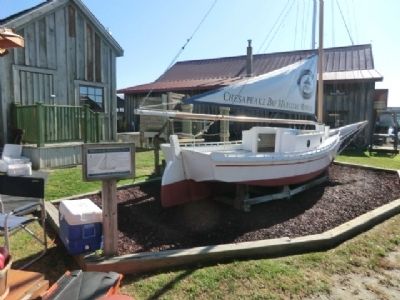 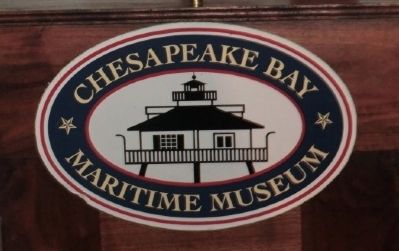