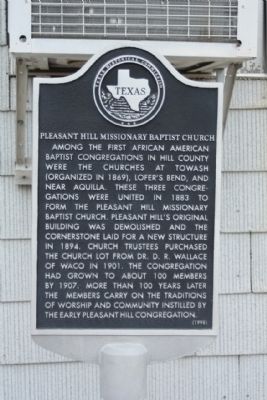 Among the first African-American Baptist congregations in Hill County were the churches at Towash (organized in 1869), Lofer's Bend, and near Aquilla. These three congregations were united in 1883 to form the Pleasant Hill Missionary Baptist Church. Pleasant Hill's original building was demolished and the cornerstone laid for a new structure in 1894. Church trustees purchased the church lot from Dr. D. R. Wallace of Waco in 1901. The congregation had grown to about 100 members by 1907. More than 100 years later the members carry on the traditions of worship and community instilled by the early Pleasant Hill congregation.

Topics. This historical marker is listed in these topic lists: African Americans • Churches & Religion. A significant historical year for this entry is 1883. 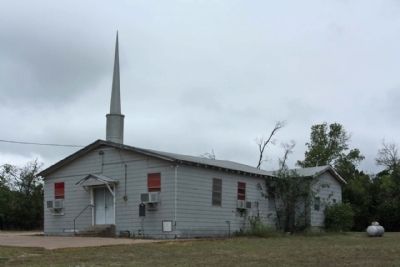 Click or scan to see
this page online
or near this postal address: 220 South Pecos Street, Whitney TX 76692, United States of America. Touch for directions. 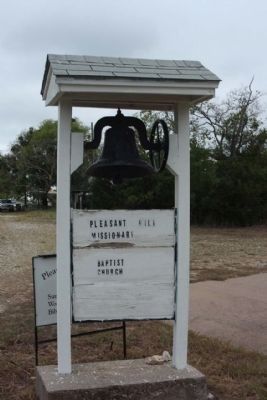