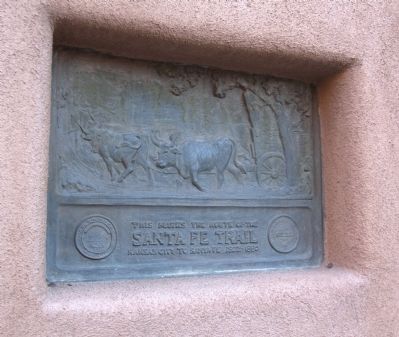 More about this marker. The inscription is flanked by the Great Seal of the State of Kansas and the seal of the City of Santa Fe, New Mexico. 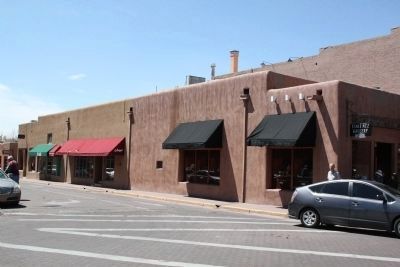 By J. J. Prats, April 13, 2012
3. Santa Fe Trail Marker
It’s in the niche to the left of the second dark green awning.
More. Search the internet for Santa Fe Trail.