Inscription near the dome 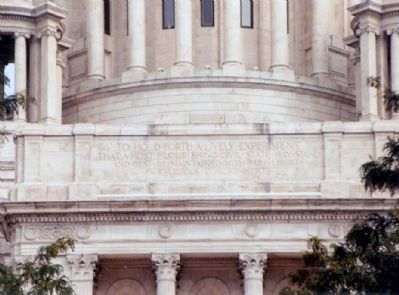 Regarding Rhode Island State House. State Capitol
Designed by McKim, Mead and White in 1891-92 of white Georgian marble. Considered to have the fourth 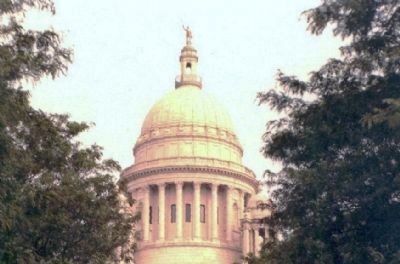 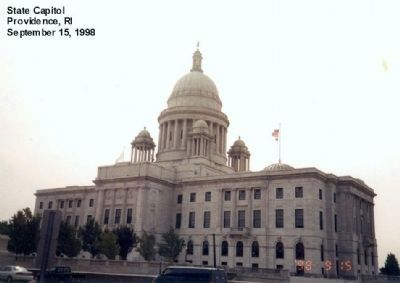