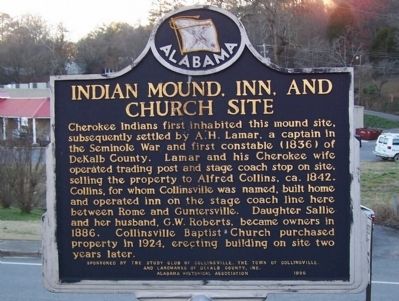 Topics. This historical marker is listed in this topic list: Settlements & Settlers. A significant historical year for this entry is 1842.

Location. 34° 15.906′ N, 85° 51.768′ W. Marker is in Collinsville, Alabama, in DeKalb County. Marker is on Alabama Route 68, on the right when traveling west. Located in front of Colinsville Baptist Church at the intersection of US Hwy 11 and AL Hwy 68. Touch for map. Marker is in this post office area: Collinsville AL 35961, United States of America. Touch for directions. 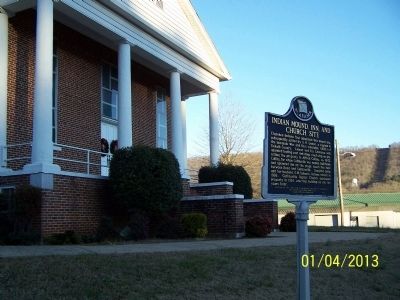