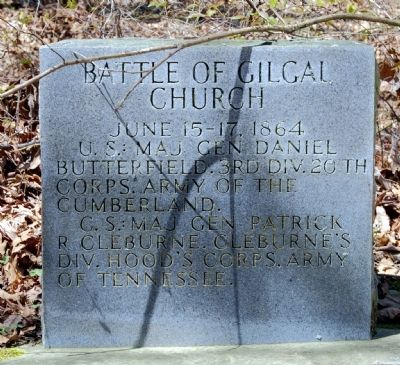 Topics. This historical marker is listed in this topic list: War, US Civil. A significant historical date for this entry is June 15, 1864.

Location. 33° 58.225′ N, 84° 39.826′ W. Marker is near Kennesaw, Georgia, in Cobb County. Marker is on Kennesaw Kue West Road NW, 0.2 miles east of Due West Road, on the right when traveling west. Marker stands in front of the relocated 1880s Kennesaw Due West School, opposite the reconstructed trench works. The school house was relocated to this site in the 1980s. Touch for map. Marker is at or near this postal address: 667 Kennesaw Due West Road NW, Kennesaw GA 30152, United States of America. Touch for directions.

Other nearby markers. At least 8 other markers are within 2 miles of this marker, measured as the crow flies. Due West Community (within shouting distance of this marker); Military Action at Gilgal Church (approx. 0.3 miles away); Site of the Dickson House (approx. half a mile away); The Reversed Trench (approx. 0.6 miles 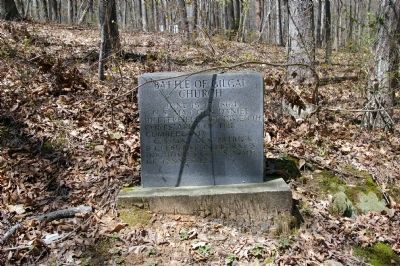 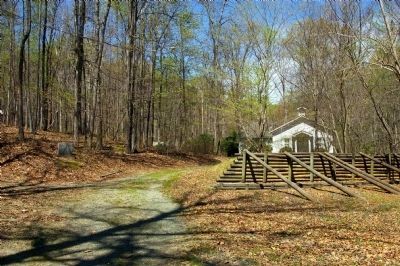 Photographed By David Seibert, April 4, 2009
3. The Battle of Gilgal Church Marker
Stone marker can be seen to the left of the photo, opposite the trench, just above the drive. 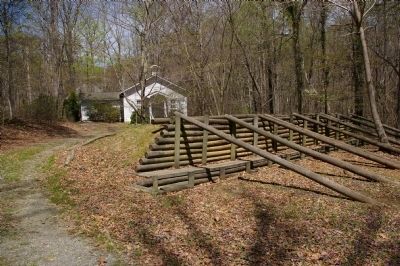 Photographed By David Seibert, April 4, 2009
4. The reconstructed trenches on the battlefield 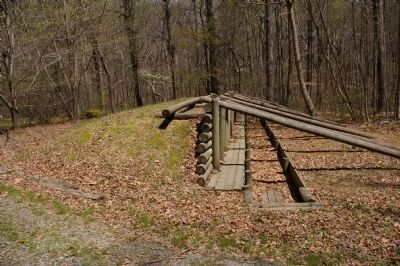 Photographed By David Seibert, April 4, 2009
5. Reconstructed Trenches on the Battlefield of Gilgal Church 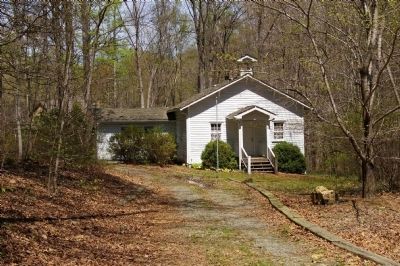 Photographed By David Seibert, April 4, 2009
6. Kennesaw Due West School
Gilgal Church stood about 1/10 mile east at the time of the battle. The original log church was dismantled by the Confederate forces, with the logs used to construct defensive positions.